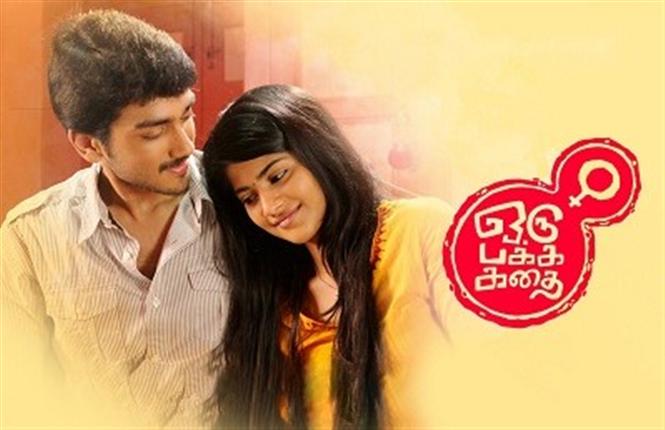 Balaji Tharaneetharan seems to be smitten by outlandish ideas. Much like Nadavula Konjam Pakkatha Kaanom and Seethakathi, his much delayed sophomore outing Oru Pakka Kadhai is another film built around something extremely unique. And much like his other two films, he stretches this idea into a feature film. But unlike his other two films, this one is much crisper clocking just over two hours.

Saravanan (Kalidas Jayaram) and Meera ( Megha Akash ) are in the final year of college and have been in love for sometime. Their parents are reluctant but have also agreed to this relationship but with the condition that they will have them married once Saravanan settles in his career. But something unexpected happens and poses a challenge to both the couple and their families.

Balaji Tharaneetharan has a way with humour and the first half of Oru Pakka Kadhai is another proof for this. The comedy is understated and keeps you smiling all through. The core theme of the film and the message that it wants to convey is rushed towards the end. Much like Seethakathi, that had a judge spell out how 'Art is immortal', here we have a judge speaking out against superstitious beliefs. Balaji needs to find a better way to conclude and get his point through. He is too good a filmmaker to resort to this kind of an approach in the climax. Even if he wants to do this to ensure that the message reaches the masses, he definitely needs to stage it better.

For a film lying in the cans for few years, it has now landed on OTT on the death anniversary of Periyaar who was a crusader against superstition. Balaji does well to create characters that are genuine and how they could be following superstitions in good will. Having fake and clown like godmen on screen and making a mockery out of them would only keep reinforcing the message that only such 'less refined' personalities are dangerous. But here the godmen aren't caricatured and this is exactly the way it ought to be depicted to create an actual sense of awareness.

Kalidas and Megha are good, given that this was actually supposed to be their Tamil debut. The way Kalidas keeps sheepishly grinning without actually knowing what wrong he has done is the kind of humour that is the strong point of Balaji. The film isn't compelling but keeps you involved and sufficiently entertained for the most part. It is the closure that looks like a separate short film that needed to be better. You never get a sense of the enormity of the situation that prevails in the last half hour.

Oru Pakka Kadhai is another unique film built around the 'what if' scenario by Balaji Tharaneetharan. It is amazing how he makes these simple films with such outlandish themes. It is the too simplistic conclusion that pulls the film down. Yet this is an important attempt for speaking out against the mad rush by religions to own God! 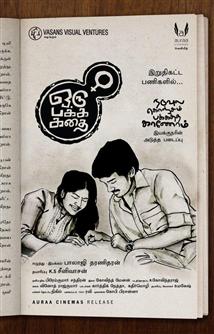