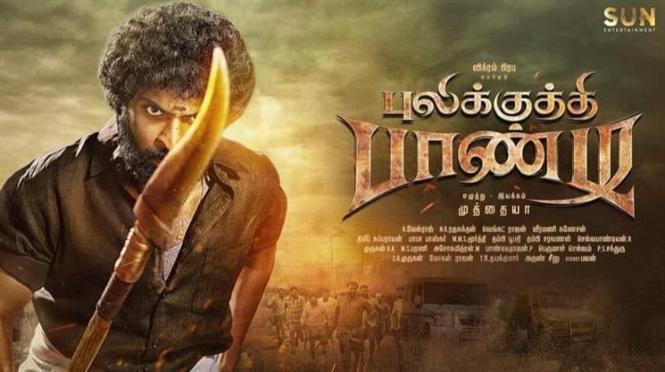 Pulikkuthi Pandi - Cliched as expected but passable with few surprises!

A violent hero who cannot stand injustice goes into ahimsa mode at some point. But then the villains won't let him be. This is the template of almost every Muthiah film. Pulikkuthi Pandi is no different with Vikram Prabhu being the latest Avenger in the Muthiah Universe. Excuse the crude treatment and predictability, Muthiah usually does manage to ensure that his target audience is reasonably engaged. With good actors like Karthi and Rajkiran in Komban, he was able to make a watchable masala. But beyond all this, the regressive and problematic ideas that are entrenched in his films are the actual cause of worry. Devarattam had lines like 'Manna Thottavana Kooda Vittudalaam, Aana Ponna Thottavana Vidave Koodathu'. In comparison, Pulikkuthi Pandi isn't that problematic. Well we even have a comrade character in the film! This might just be a perfunctory nod but it means that there is atleast a need to showcase such characters.

Most of Pulikkuthi is like going through the motions with nothing really pulling you into the film. It follows the song, fight and comedy routine but nothing remarkable happens. That said, nothing is bad enough to completely put you off either. The fact that your expectation is calibrated and this being a television premiere helps. Your reactions could be different if you had to travel to a theatre and watch this. Imagine investing your time and efforts and then watching a song which has lyrics like 'Pulivesham Katti Aaduvom, Pulipaalil Tea ah Poduvom'.

Muthiah usually succeeds in creating venomous villains and this gets us to root for the heroes. It sort of happens here too but there is no real strong motive behind most of the conflicts in the film. Everything is like, you hit me and so I want to hit you back. Well, this is true for most films of this kind but then you atleast need to be invested in the characters to feel their rage. There is a surprise towards the end, particularly for a film titled after the hero character.

Pulikkuthi Pandi isn't good cinema by any yardstick. Again this is subjective. But given the kind of damage some of these films are capable of doing and the fact that this was watched on television with all those commercial breaks, it doesn't hurt that badly either. 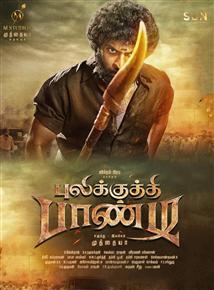