Creative Entertainers and Distributors produced Kabadadaari starring Sibiraj in the lead has released in theaters of Tamil Nadu in over 240+ screens today. Kabadadaari is the second film after Master to have such a wide release in the state during this COVID-19 era.

As with every theater release, piracy continues to be a big concern for movie makers and producer Dhananjayan has updated on where the pirated links of Kabadadaari can be reported. 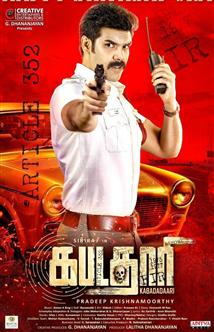