Kutti Story Review - An anthology that only works in parts, quite literally! 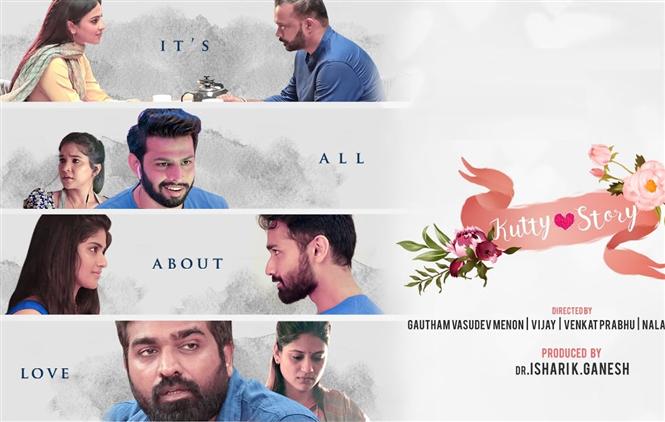 Kutty Story - An anthology that only works in parts, quite literally!

Tamil Film Industry has been seeing more than the usual frequency in anthologies lately. When filmmakers come together to present their stories along with other makers, it needs both confidence & open-mindedness. Anybody’s story could impact the viewing experience of the following or preceding story. Having said that, Kutty Story is an anthology produced by Ishari K Ganesh of Vels Film International. With GVM, Vijay, Venkat Prabhu & Nalan Kumarasamy on board as directors, Kutty Story does make an impact in parts.

The first story is of GVM’s where he goes on to play the lead role too. From watching various stars bringing to life a GVM character, it only makes more sense why he is choosing to play his characters lately as they fit naturally on screen. Though the plot is an explored & exploited one, the GVM conversation makes the film gripping. Amala Paul in the lead does what her character needs & successfully takes you with her into the story. Karky’s apt lyrics & Karthik's music and rendition make the experience complete. With Ethirpaara Muththam, it seems like GVM takes a known leaf from his frequently used book of love.

Director Vijay presents his dramatic tale starring Megha Akash, Sunaina & Amitash in the lead. Just like the title the film is also a usual story with close to nothing fresh or unique. The film fails to give you a breather on any aspect. There's drama & then melodrama. This particular story sweeps its way into being a melodramatic one with less or no engagement or connection with the viewer. As mentioned initially, the poor work in the film does impact the feeling one achieves with GVM’s film & keeps the expectation low for the next film.

This is a Venkat Prabhu game! The film opens with a unique setting involving a gamer played by Varun & a particular game. It's a refreshing plot but lacks finesse in execution. However, big appreciation for the varied narrative tools used with animation & VFX. The climax of the film comes as a surprise element that fails to enhance the overall experience. Forced drama & emotions let this film down & unfortunately doesn’t dig up the intended reaction from the viewer. Premji Amaren’s work with music & Praveen KL’s edits deserve a special mention as their work handles this experimental genre well.

Nalan Kumarsamy with his strong background with short-form content in the past proves that he knows his mettle! Aadal Paadal starring Vijay Sethupathi & Aditi Balan is a film that deals with characters & character flaws in an engaging manner. The strength of letting good talents shoulder a nuanced character elevates the film & the experience for a viewer. The BG score rendered by Edwin Louis subtly emerges as a winner among all the other talents that are putting up their best show. This film does justice to the overall idea of telling a story effectively in 30 minutes. 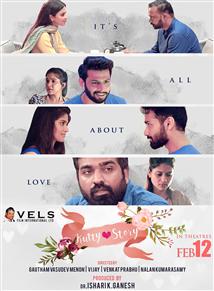