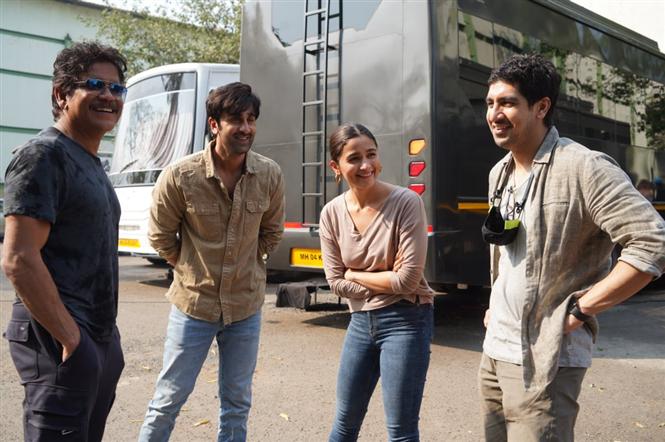 Telugu actor Nagarjuna who plays a pivotal character of an archaeologist in Brahmastra starring Ranbir Kapoor, Alia Bhatt updated today that he has completed shooting for the film. Sharing pictures with Ranbir, Alia and director Ayan Mukherjee, Nagarjuna took to twitter to write,

"And it's a wrap for me on #Brahmāstra . Such an amazing experience it has been with our stellar performers #Ranbir and @Aliaa08. Can't wait for you guys to witness the outstanding world #AyanMukerji has created. #TheBigIndianMovie #Brahmastra (sic)" 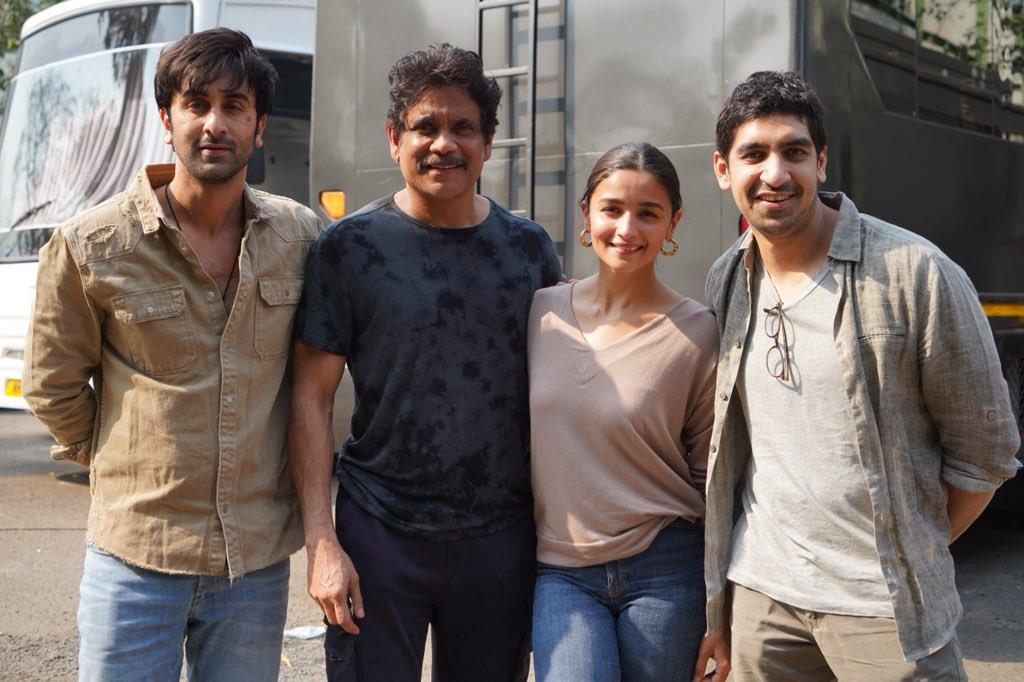 A fantasy-sction film, Brahmastra has the lead actors playing characters named Shiva and Isha and involves an expedition to an ancient temple near the Ganges river. The film is expected to release in theatres sometime this year.