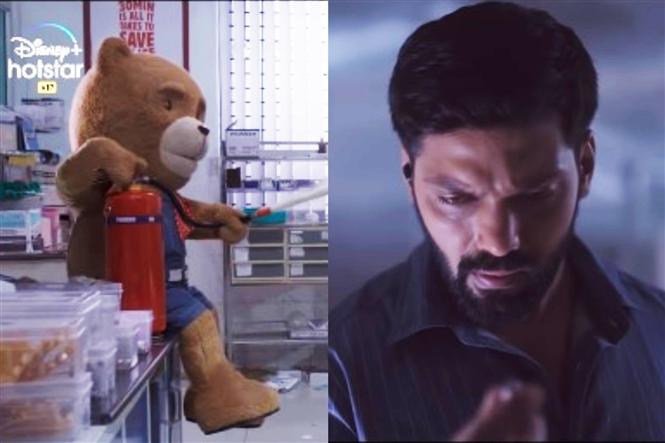 The official trailer of Arya's upcoming film Teddy has dropped and the video reveals that the hero and his walking-talking toy bear embark on a dark and dangerous journey together. The spirit of a coma patient is hinted to possess the teddy bear with the help of Arya is out to solve a medical mystery.

Actress Sayyesha, who plays female lead in the film is also shown to be secretly investigating something on her end. Teddy directed by Shakti Soundar Rajan premieres on Disney Plus Hotstar on March 12.