Will Soorarai Pottru release in theaters? 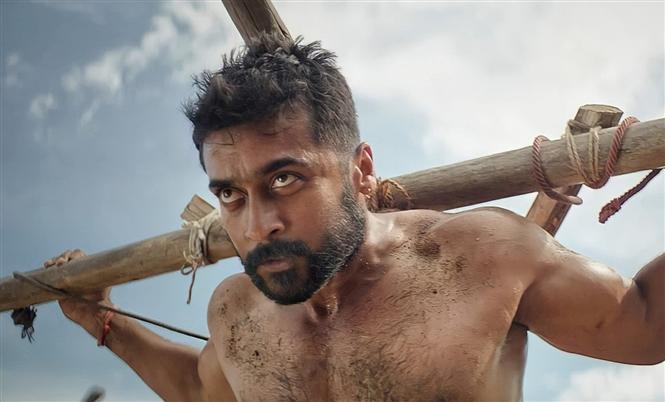 Hot buzz about Suriya's Soorarai Pottru is that the makers are planning on having a theatrical release for the movie. Soorarai Pottru was the first major movie from Tamil film industry to take the direct OTT route and much to the dismay of theater owners in Tamil Nadu, the big ticket film premiered on Amazon Prime Video on November 12, 2020.

Besides the whole movie itself, even deleted scenes from the movie have been released online and now it is being said that Suriya has initiated talks for a theatrical release of the movie. This came to be after Sathyam Cinemas in Chennai screened a single show of the movie over the weekend as a part of the Chennai Film Festival. Due to a tremendous response, the team has even decided to screen the  movie again on February 25, 2021.

While this is said to have lead Soorarai Pottru makers into intitiating a theatrical release plan for the movie, those in the know how predict it will be difficult to secure screens despite its well-received content.

Update: Its is confirmed now that On Public demand, Soorarai Pottru to be screened once again at PVR Cinemas, Sathyam - Seasons on Feb 25! 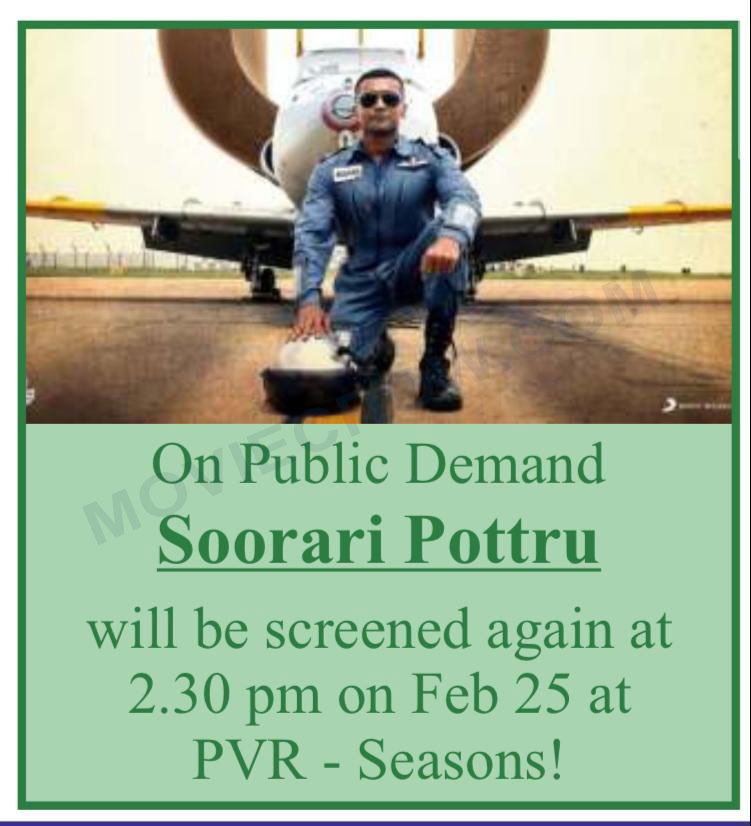