Sangathalaivan Review - Yet another oh-so-preachy saga by Samuthirakani 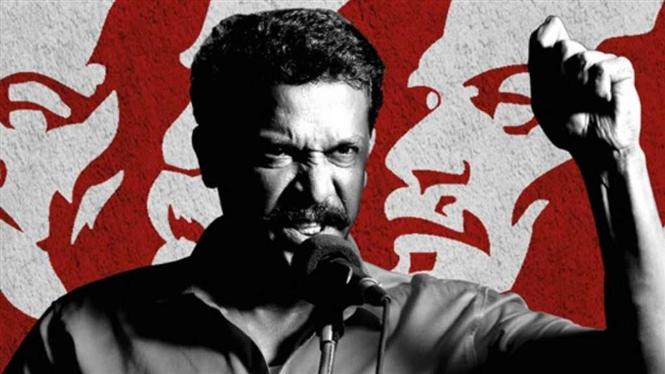 Sangathalaivan - Yet another oh-so-preachy saga by Samuthirakani

Cinema is a mass medium that can presume the role of an easily accessible communication tool. But this medium comes with its prerequisites that need to be met to ensure the communication ais effective. Sangathalaivan is a film that misses on the prerequisites & rides only on the message front. The film is loaded with political ideologies & revolutionary thought processes packaged with a lack of excitement & grip.

Bankrolled by director Vetri Maaran’s Grass Root Film Company, Sangathalaivan is a Samuthirakani & Karunas starrer. Based on a rural backdrop, the film talks about labor law & welfare in a bold manner. Audiences have seen Samuthirakani in his oh-so-preachy avatar multiple times in the past and this film just effortlessly adds itself to the list.

Director Manimaran sets out to narrate a film with a noble intention but seems to have lost a balance when it came to storytelling on one side & propaganda on the other. Though the base of the film builds with various characters, soon the narrative reaches a tapered end with no substance to the plots & conflicts built in the initial few minutes.

Even though films with these bold statements are to be appreciated for their objective, one cannot oversee the fact that they become too noisy & end up overdosing/overdoing the ideology part. If the same films, gracefully manage an optimal level of every element, society and the film industry will be revolutionized.

Karunas as Rangan paints a clear picture of his character with a commendable performance that is realistic. He portrays a spectrum of emotions and manages to make his advancement in the narrative a believable one. On the other hand, Samuthirakani as Shivalingam is a no-surprise element. It wouldn't be a surprise if somebody pranked a viewer by saying that Samuthirakani jumped into the screen (Sangathalaivan) from his previous preachy film. While as audience his endeavors & support to films like these with a message to the society is appreciable, it somewhere feels like the audience might hit saturation with this shade of Samuthirakani soon. Ramya Subramanian is found surprising the audience with her choice of character & delivers a neat performance while doing so. Sunu Lakshmi as Kalyani has played her character as credibly as possible.

Dinesh Subrayan’s work with action sequences is well-executed. Cinematography & edits seem functional for the limited scope offered by the film. Music by Robert Sargunam aids the narrative to a good extent.

Sanga Thalaivan is yet another film heavy on messages that lack nuances & a gripping narrative. 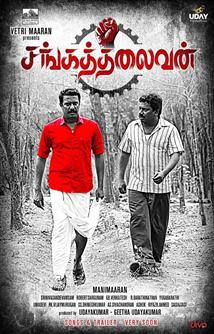