MC: Did You Know 05 - Arnold Schwarzenegger allocated dates for 2.0! 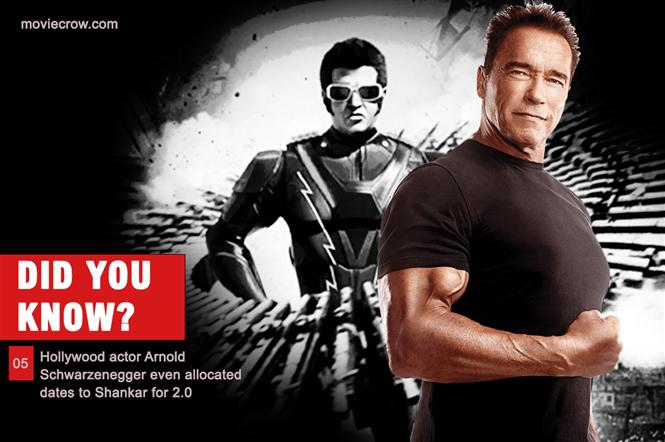 The Tamil film audience are familiar with director Shankar's famous stunt of making Hollywood actor Arnold Schwarzenegger attend the audio launch function of his movie I. While many anticipated this 'appearance' to be a foreshadow of a collaboration, sadly it didn't come to fruition.

However Arnold almost starred in 2.0, director Shankar's sequel to his mega-hit Endhiran starring Rajinikanth as a scientist and a robot. Apparently the role of Pakshi Rajan, which Akshay Kumar ended up playing was initially offered to Schwarzenegger.

Already impressed with Enthiran, the former Californian governor was said to be keen on doing 2.0 and had suggested taking the movie to China for the market the country offers. But even after allocating dates for the movie, Arnold ended up not doing 2.0 over discrepancies in Hollywood and Kollywood contracts.