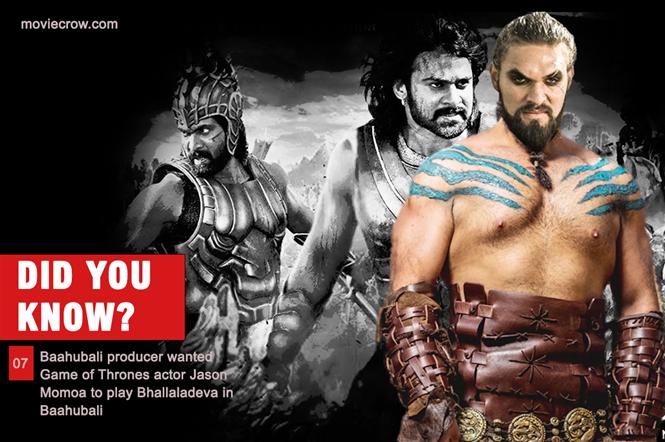 Baahubali: The Beginning and Baahubali: The Conclusion are two movies from one of India's most successful franchises produced by Shobu Yarlagadda and Prasad Devineni. The movies not only established a PAN-Indian connect but also popularized characters like Baahubali, Kattappa and Bhallaladeva.

Bhallaladeva is a ruthless villain who suffers from a case of extreme jealousy and shows zero empathy to fellow living beings, even humans. The role was portrayed to perfection by Tollywood actor Rana Daggubati and before the release of Baahubali: The Conclusion, the actor revealed that Shobu Yarlagadda originally wanted Jason Momoa for the role.

Momoa at that time was famous for playing Kahl Drogo, a similar villain in the popular TV series Game of Thrones. Though the Aquaman actor appeared in 11 episodes, his portrayal had gained worldwide attention. Rana revealed that he was only the second choice but was happy that he ended up playing it.