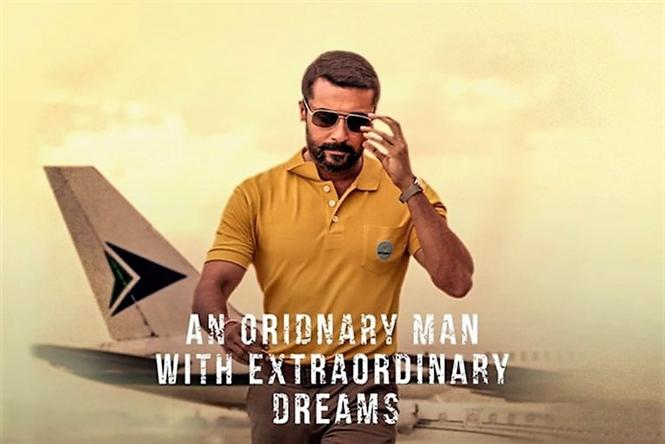 Soorarai Pottru was the first major Tamil movie to release directly on OTT during the pandemic era and well-received by the lockdown audience. The Hindi dubbed version of the movie titled Udaan also did fairly well on Amazon Prime Video.

Exactly 8 months since the movie's release, lead actor Suriya who also produced the movie has announced a Hindi remake of his film. Abundantia Entertainment will be remaking the movie, and film's original director Sudha Kongara will be helming the Bollywood version as well.

Thrilled to collaborate with you, Sudha and 2D Entertainment on this film! Fireworks in progress! 💥#SooraraiPottruInHindi https://t.co/vZKNskB3mO

Soorarai Pottru is a biographical-underdog film based on the book Simply Fly, authored by Air Deccan founder G.R. Gopinath. Suriya plays a former Indian Airforce Captain who dreams of launching an affordable airline service but is met with constant rejection and roadblocks. How he makes it eventually forms the rest of the story.