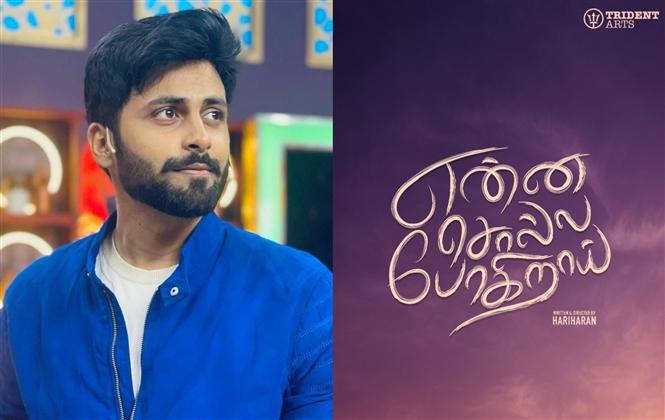 Cooku With Comali is a popular comedy-cooking show which airs on Vijay TV and Ashwin Kumar Lakshminathan was a contestant and second runner up in Season 2 of the same. Now he is all set to make his debut as a feature film lead with Enna Solla Pogirai, an upcoming movie produced by Trident Arts.

Ashwin Kumar has began shooting for Enna Solla Pogirai, which is touted to be love-triangle drama. The movie is directed by Hariharan A and has Avantika and Ashwin's Asku Maaro co-star Teju Ashwini as female leads. Cooku With Comali veteran Pugazh, Delhi Ganesh, and Panchu Subbu also play important roles in the film.

Composers Vivek-Merwin who are handling the music of the film recently updated that they have started composing. They took to Instagram to share, "Started composing for #ennasollapogirai :) Starring @ashwinkumar_ak Directed by @hariharana #ashwin #ashwinkumar #ashangi #definitelynot". Enna Solla Pogirai has Richard M Nathan for cinematography.