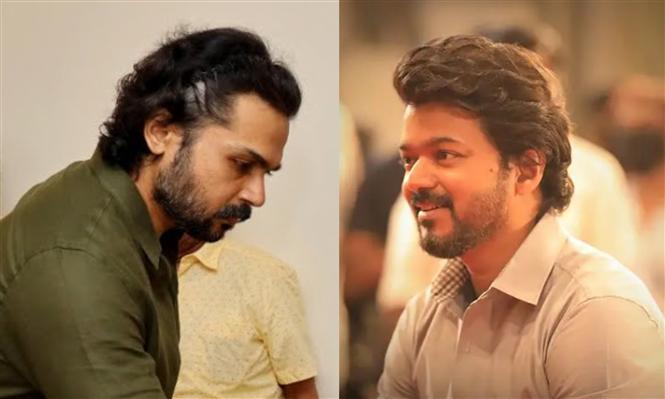 Karthi is currently shooting for his upcoming movie Sardar and has been in the news for canning an action sequence at Gokulam Studios, Chennai. Recently, when the actor found out that Vijay was also shooting for Beast at the same location, he decided to pay the 'Thalapathy' a visit.

However the courtesy visit took an unexpected turn when Vijay failed to recognize Karthi in his 'Sardar' mode. Karthi plays dual roles in the movie and is sporting different get-ups of each of his roles. Apparently when he paid a visit to the Beast sets in one of these get-ups, people there failed to recognize the actor and Karthi ended up spending 15 minutes totally undetected.

Finally the actor went up to Vijay and introduced himself to which the latter expressed surprise. Directed by P.S. Mithran, Sardar is produced by Prince Picture and also stars Raashi Khanna, Rajisha Vijayan and Simran among others. The movie has G.V. Prakash for music.