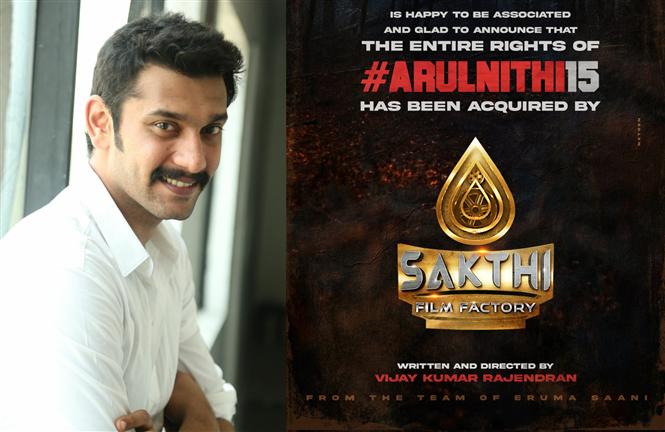 Eruma Saani fame Youtuber Vijay Kumar Rajendran is making his debut as a feature film director with Arulnithi 15 (tentative title), which is produced by cinematographer Aravinnd Singh for MNM Films. Now, it has been updated that all rights to the movie have been acquired by B. Sakthivelan of Sakthi Film Factory.

It has also been officially announced that the first look of this Arulnithi starrer, will be unveiled on July 21, 2021 (Wednesday).