10 Best Movies of Suriya to Watch on OTT 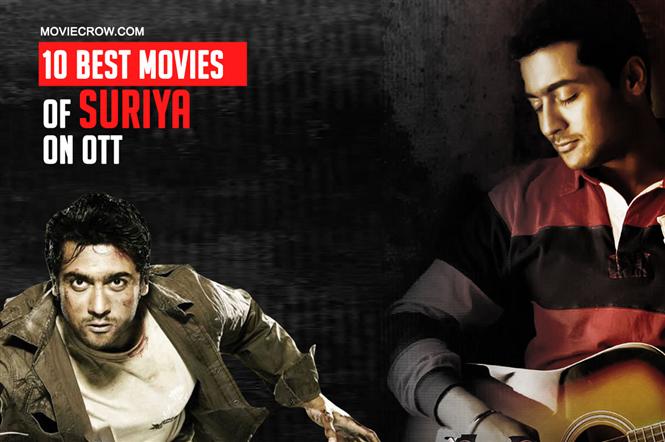 Marking the occassion of Suriya's 46th birthday today, we have rounded up 10 movies of the star actor to watch on OTT platforms. 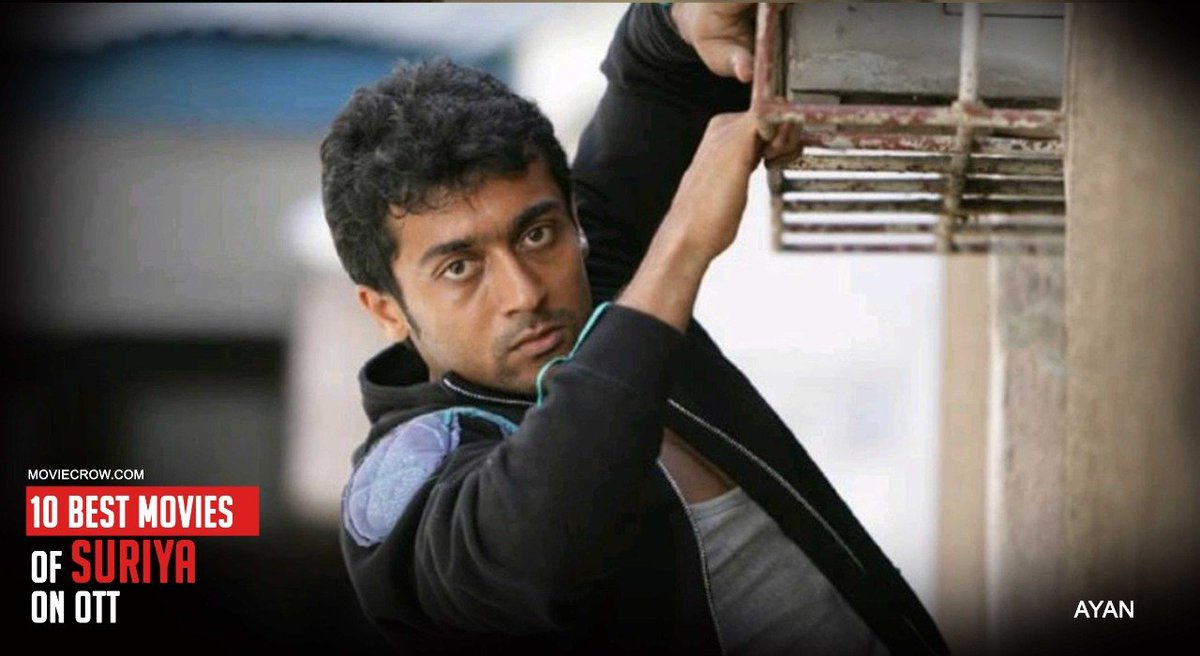 Ayan is one of those rare films which ticks all the checkmarks - interesting story line, fascinating characters, good songs, tight and engaging screen play, twists and turns, believable heroic stunts and above all a great re-watch value. The movie is undeniably the all time best of Suriya's.

Ayan revolves around Deva, who works for Arumugam, a smuggler, who has taken care of him for many years. However, When Deva's best friend gets killed, he decides to help the Police nab a dangerous drug lord.

The first collaboration of Suriya and Gautham Vasudev Menon, revolves around a fearless COP Anbu Selvan and his operation to bring down the organized crime in the city. The film was much appreciated for its realistic portrayal of cop's life, void of commercialism/cinematic feel. Background score by Harris rings in your ears even after one finishes the film. 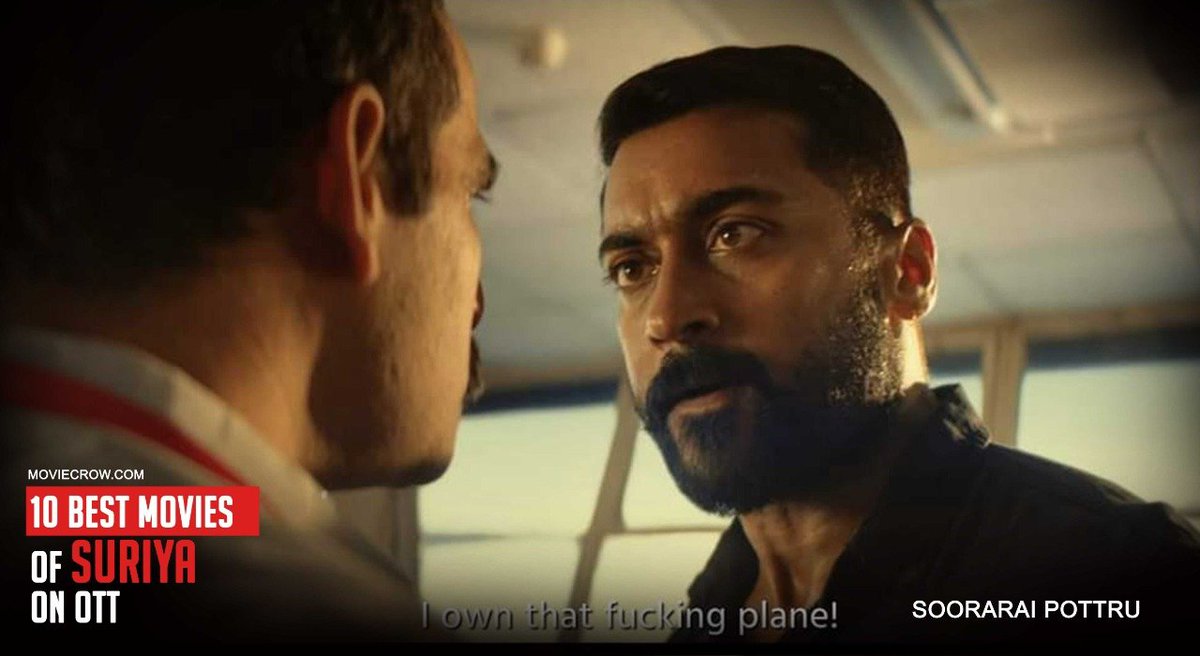 This recently released Suriya film stands testimony to the acting ability and he almost lives the role of Maara. The pain, anger, quest for bringing what he desired has been portrayed through Suriya's emotions and it is a treat to watch, even for the person who is not a big fan of the actor. Another tightly packed film for Suriya.

Dedicated as film for Fathers, Vaaranam Aayiram stands tall among not just Suriya's but also director Gautham Vasudev Menon's and composer Harris Jayaraj's filmography. The movie is a musical celebration right from the title card where GVM sings.

The film revolves around Suriya and his life chapters, how he gets inspiration for everything from his father Krishnan (also portrayed by Suriya) including love life. The best part about Vaaranam Aayiran is that it will suck you into the world of Suriya and people around him.

Film revolves Gowtham (Suriya) who has no interest towards girls and prefers to be single, despite his family members trying to get him married. Then enters Sandhya (Trisha) and what happens next forms the rest of the story.

This memorable character played by Suriya is known for its stiff personality, philosophies, view on relationships and witty replies. The film stands out mainly because of Suriya's character-sketch. Yuvan's music is another big plus.

The film revolves around life of Chithan and Sakthi played by Vikram and Suriya; the friendship/bond between a street-smart man (Sakthi) and socially detached person (Sakthi) is the core of the story.

Suriya's character has to speak non-stop in the movie and he is hoot to watch portraying this aspect as a small time con man.

Ghajini is about Sanjay Ramasamy a big time business magnate who falls for a small time model. How he wins her love and looses her without ever revealing his identity forms the rest of the story. Suriya iconically portrayed a short-term memory loss killer in the movie. 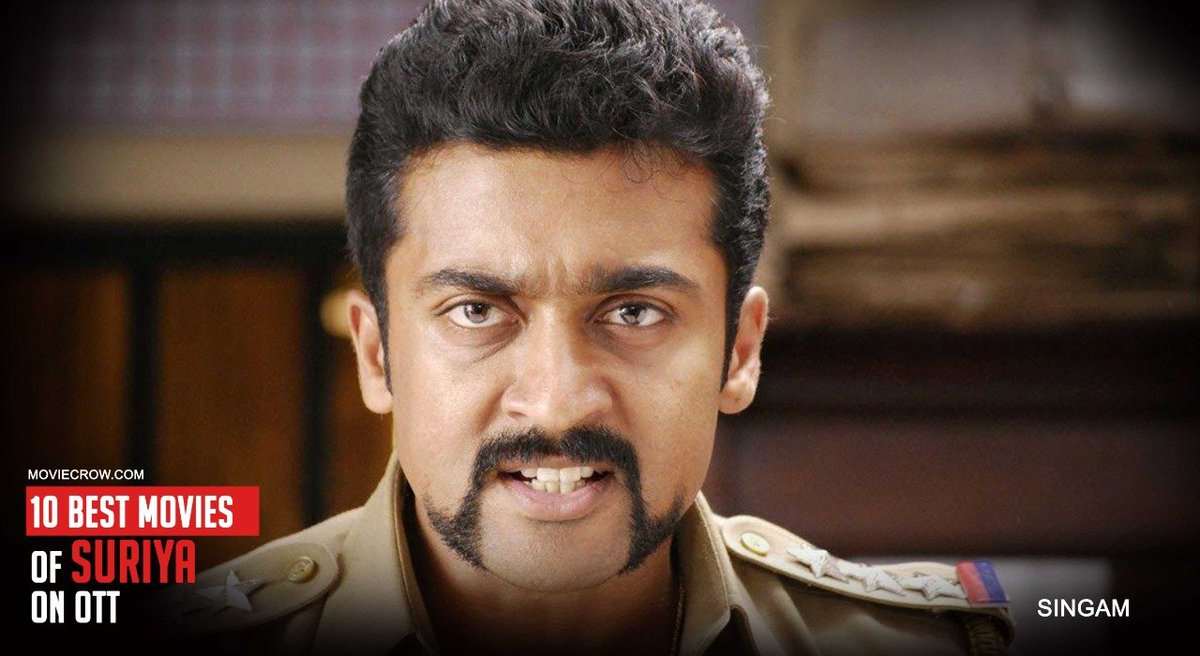 This franchise follows the template format of a hero cop who hunts baddies. However, the dialect, signature mustache, racy screenplay and every other factor of the first film, makes Suriya's Singam character iconic.

The film has 2 sequels riding on its success and have been commercially successful .

Maniratnam directed Aayutha Ezhuthu has Suriya playing Michael, a hot-headed youngster who gets into politics. This remains his one of his best portrayals on screen ever. 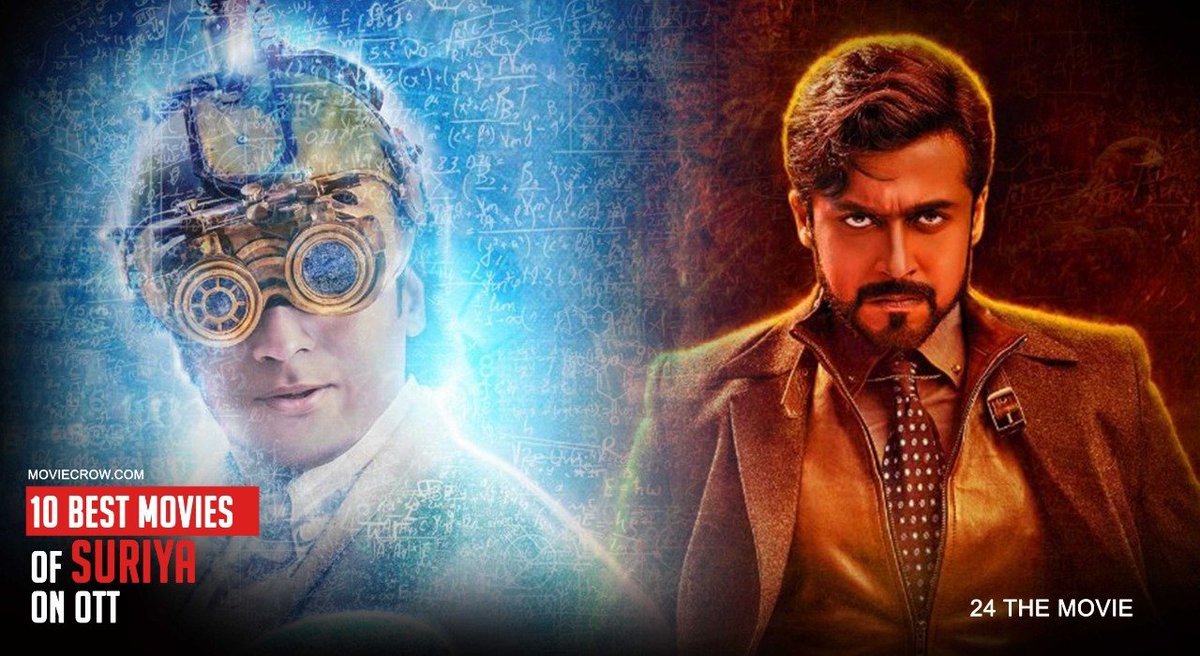 This sci fi drama saw multiple avatars of Suriya - as a scientist, a hero and a deadly villain. The story is about scientist Suriya who invents a time machine his evil twin brother plans to usurp.

An unforseen attack and years later, the scientist's son tries to protect the invention from his evil uncle.