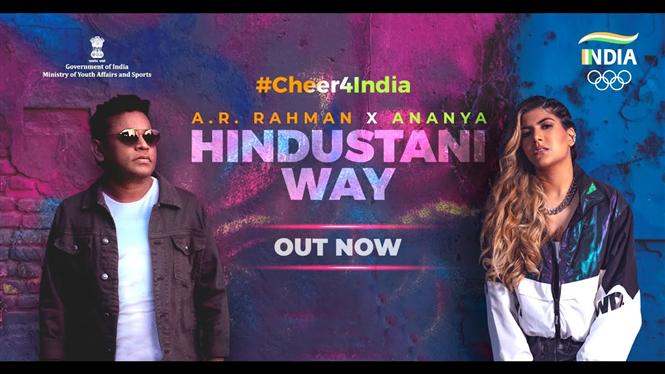 The opening ceremony of the Tokyo Olympics 2021 is all set to begin will at 4.30 pm (IST) and boxing icon Mary Kom and Indian men's hockey captain Manpreet Singh are all set to be the flag-bearers from India at Japan National Stadium. 2021 is the first year India has had an official cheer song approved by the Government of India Ministry of Youth and Sports Affairs.

Composed, arranged and produced by A. R. Rahman, the song titled Hindustani Way was unveiled on July 14, 2021 and has garnered more than 10 million views on YouTube. At this time singer Ananya Birla has shared some behind-the-scenes of how the song came about.

In a recent interview, Ananya revealed that Hindustani Way took about 4 months to be composed. "He (AR Rahman) sent me a track that was 6 minutes long and we shortened it to 2 minutes 58 seconds.", Birla revealed.

The lyrics was a collaboration between AR Rahman, Ananya, and other artists while the video was shot mostly in Mumbai. Rahman's part with Ananya were shot in Dubai since they both happened to be in the same place at the same time.