Netrikann from Aug 13 on Disney+HS! Trailer Out Now! 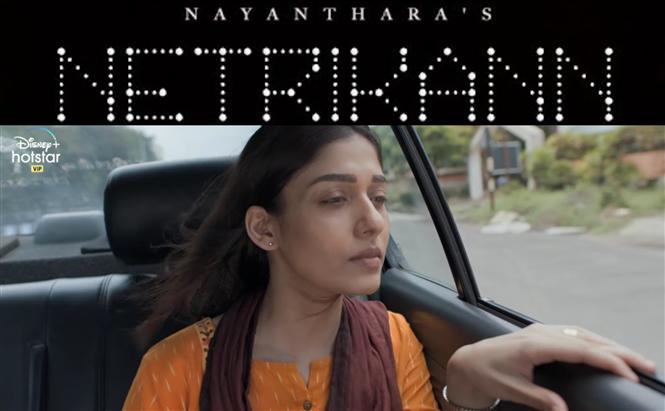 Netrikann, Nayanthara's upcoming Tamil movie is gearing up for a direct OTT release and Disney Plus Hotstar, which will premiere the film has now unveiled a trailer. The video showcases Nayanthara as a visually impaired person who is up against a serial psychopath played by Ajmal.

Netrikann will be releasing in Tamil, Telugu, Kannada and Malayalam and August 13, 2021 (Friday) has been announced as the release date. This crime thriller is an official remake of the South Korean movie Blind and is directed by Milind Rau.