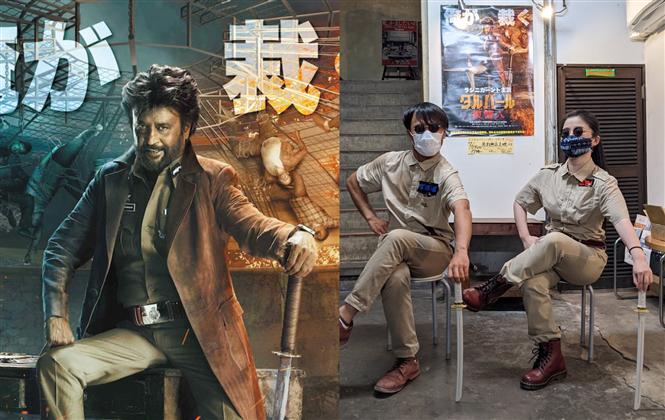 Rajinikanth is that star actor whose film continues to be the highest Indian grosser in Japan, even after 23 years of its release. So it comes as no surprise that to date the 'Superstar' enjoys a massive fan-following in the east-Asian country. In a recent testament to Japan's never ending love for Rajinikanth, a re-release of the actor has created an impressive box-office record, leaving everyone take notice.

Darbar, a 2020 Rajinikanth movie directed by A.R. Murgadoss was re-released in Japan on July 16 as Dalbar Revenge and ran full house for a week n Japan’s theatre chain MKC Plex. Dalbar Revenge was originally slated to run only until July 21 but the massive demand from Japenese theater audience ended up in shows being extended till July end, with some cities even planning on extending till August.

Darbar Literally Creating Muthu Kinda Magic In Japan 🙏😵. This is only possible for Thalaivar. One Sun! One Moon! One Superstar!
Andrum Indrum Endrum 🌟👑 He is Pride of Indian cinema #DarbarBlockbusterInJapan 🔥 pic.twitter.com/zUWCk9X6GQ

Fans back home who got the whiff of the same, soon started trending hashtags like #DarbarBlockbusterinJapan and #DarbarThiruvizhaJapan, especially since the movie only did decent locally. According to media reports, the film has grossed ¥230 million so far.