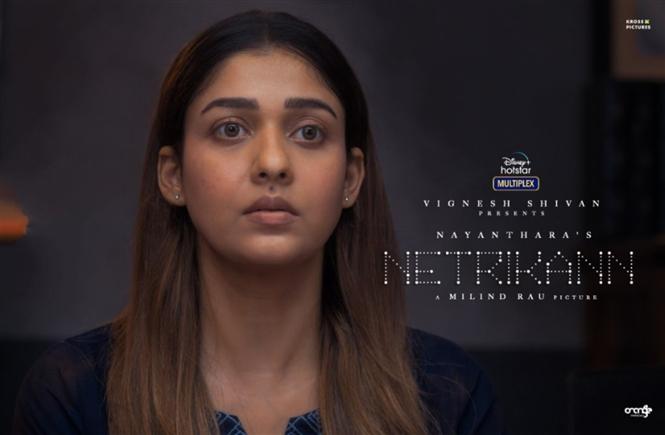 A behind-the-scenes (bts) video of Nayanthara's upcoming movie Nertrikann, has been unveiled by Disney Plus Hotstar. The movie premieres directly on OTT on August 13, 2021 (Friday) and previously a sneak peek video was also unveiled by the streaming platform.

A crime thriller, Netrikann is an official remake of the South Korean movie Blind and stars Nayanthara as a visually impaired person. She is up against a serial psychopath, played by Ajmal in the movie.

Directed by Milind Rau and produced by Vignesh Shivn, the film has Girishh Gopalakrishnan for music.