Ajith, Rajinikanth to clash at the festival box-office once again! 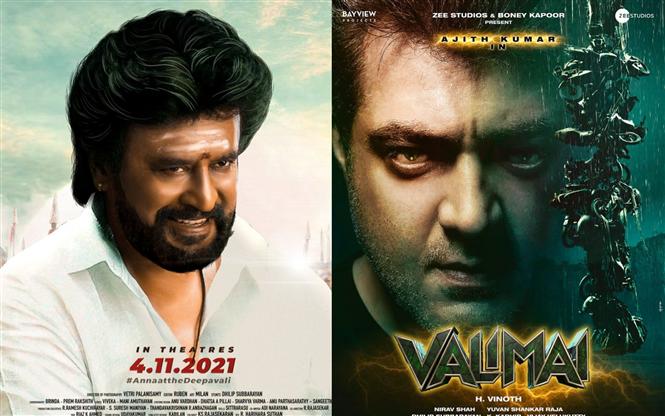 Annaatthe is scheduled to release in theaters on November 4, 2021 and latest buzz is that Valimai is gearing up to release on the same date. An official announcement on the same is currently awaited.