Bigg Boss Tamil 5 to premiere on Vijay TV from Oct 3! 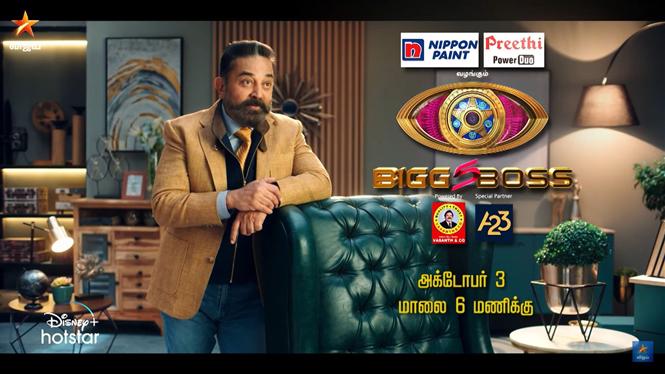 Vijay Television has officially announced that Season 5 of their upcoming reality show Bigg Boss will start airing from October 3, 2021 (Sunday). The premiere show will air at 6: 00 PM that day and the shooting will be begin a day before that i.e. Saturday.

Actor Kamal Haasan is returning as the host of Bigg Boss Tamil 5 and this is his last season according to his initial contract. It has not been revealed yet if the Ulaganayagan will return to host further seasons.

Cooku With Comali 2 winner Kani has so far been confirmed as one of the contestants of the show.