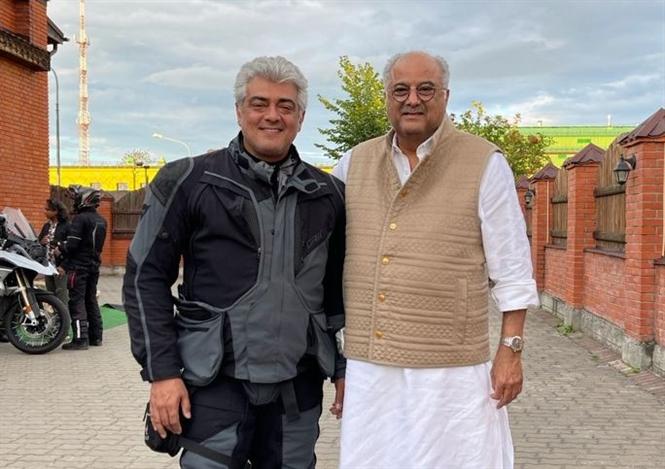 Ajith's upcoming movie Valimai is gearing up for a big update tomorrow i.e. September 23, 2021 (Thursday) and while the movie's teaser was expected to be released, it is being said that only a video glimpse of Valimai will be unveiled. Release date of the H. Vinoth directorial is also expected to be out along with the Valimai glimpse.

Touted to be an action thriller, Valimai in recent times was suggested as a Christmas release and but latest update is that it will come out for Pongal on January 13, 2022 (Thursday).

Huma Qureshi plays heroine in this movie which has music by Yuvan Shankar Raja and is produced by Boney Kapoor's Bay View Projects and Zee Studios.