Vinodhaya Sitham - An effective Samuthirakani film where he kind of cracks the right balance! 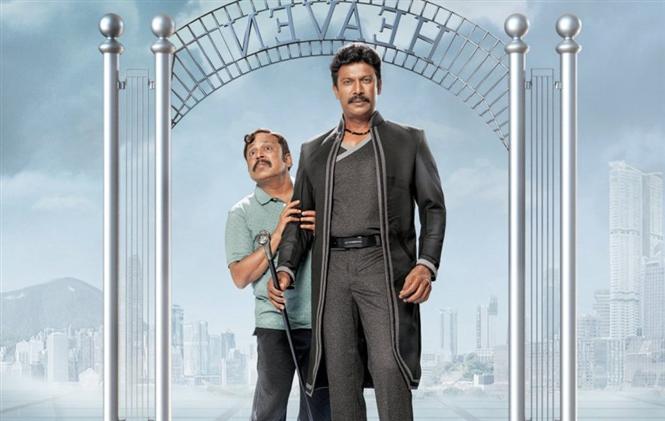 Vinodhaya Sitham Review - An effective Samuthirakani film where he kind of cracks the right balance!

Preachy is the word that you would often associate with a Samuthirakani film. The filmmaker seems to have tried to address this aspect with Vinodhaya Sitham. Make no mistake. Vinodhaya Sitham is another film that wants to give a message. But Samuthirakani springs a pleasant surprise here. Not only is the preachy tone a lot more subtle, the director has also smartly gone for a technique where the character that does the preaching has the liberty to do so. This is not a film where Samuthirakani is directly speaking to the audience.

Parasuram (Thambi Ramaiah) cares for his family. But he is also a control freak and his family can never object to anything he says. While trying to ensure that his family gets the best possible life, he is actually robbing their right to have a life of their own. Then something happens to him and he gets a ‘limited’ opportunity or timeframe to finish his responsibilities. He has someone/something (Samuthirakani) accompanying him during this timeframe. And now, while trying to finish his responsibilities, he actually gets to learn and unlearn a whole lot of things.

Vinodhaya Sitham shows us a different side of Samuthirakani and this is definitely a pleasant surprise. He has reined in his tendency to be loud and preachy, and delivered a film that is far more effective than his recent directorial ventures. The performances all around are pretty neat. The emotional punches (even if slightly melodramatic at times) land well. The film is extremely crisp with a running time of 97 minutes.

I found some of the messages in the film to be a little conflicting. There is repeated stress that everything is pre-decided and there isn’t anything that you could do about it. Then this should apply even to someone’s character, right? On this basis, the lead character realizing his mistakes and feeling bad wouldn’t make sense, as he isn’t responsible for his character in the first place. Or maybe, the argument is that only the situations are pre-decided and how the individual reacts to it depends on him/her. There are a couple of dialogues/scenes in the film that had me a bit skeptical about the intention behind them. Parasuram’s daughter says that she doesn’t want to secure a pass in her exams without studying (I don’t even understand what that means). She says that she believes that one should progress on virtue of his/her own merit. Then there is another scene in the climax where it is revealed that a person had tried to steal the opportunity from another person by lying to him. The innocent person in this case is given a particular identity. I am not sure if the film was being critical about one of the affirmative actions that is in place in our society. Given the kind of social justice that Samuthirakani propagates in his films, I hope these are just coincidental and it is me who is trying to read too much between the lines.

Vinodhaya Sitham is a pleasant surprise from Samuthirakani. He delivers a much subtler and more effective film. The messages are there but this one is a much better balance between the messaging and the storytelling.