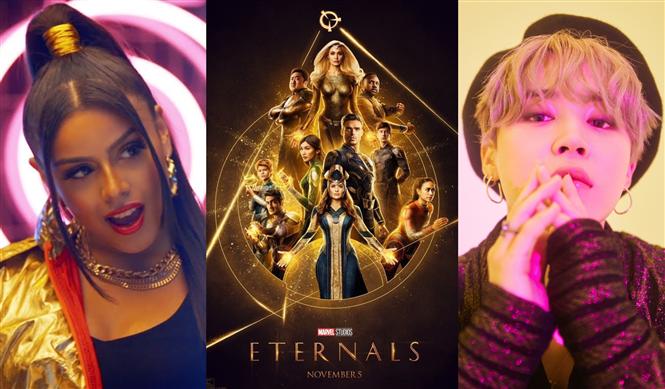 Joining the regional releases hitting theater screens this Diwali will be Marvel's superhero movie Eternals, and it comes out in India on November 5, 2021. The movie will be available to watch in English, Hindi, Tamil, Telugu, Kannada, and Malayalam on the big screens and latest we hear it will feature songs from various international pop-artists.

K-pop band BTS' Friends - a song that was a part of their 2020 studio album Map of the Soul 7, is one of these expected needle-drops. BTS member (Park) Jimin is credited as a writer on this song and it is performed by both him and V (Kim Taehyung), one of his 6 other group-mates.

Indian heritage international singer Celina Sharma is said to be having her song Nach Mera Hero used, though it is unclear if this work of hers pre-exists or is specifically being debuted for the movie. Here is a complete list of tracks that are featuring in the Oscar winning Chloe Zhao's directorial: