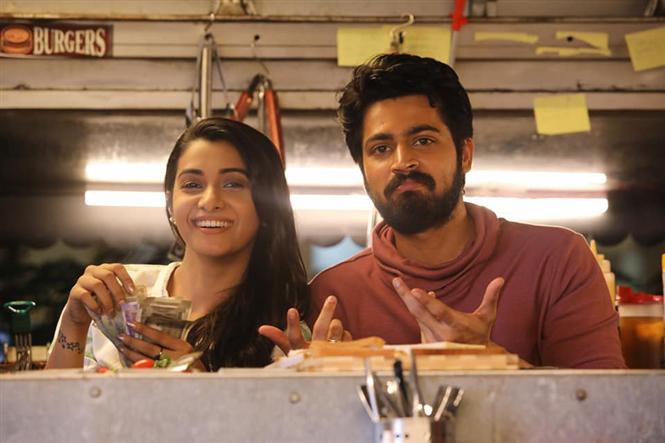 Oh Manapenne is the directorial debut of Kaarthikk Sundar and is the remake of the Telugu film Pelli Choopulu (2016), which was also the directorial debut of its filmmaker Tharun Bhascker. I actually caught up with the original pretty recently and this could have significantly impacted how much I enjoyed the Tamil version. Kaarthikk Sundar has remained largely faithful to the original and Oh Manapenne is a rather pleasant watch, more so if you haven’t caught up with the other versions (Yes, there is a Malayalam and a Hindi version as well).

“We have made appropriate changes to suit the mileu” is what most filmmakers generally tend to say for remakes. But shifting an urban romance from one southern city of India to another wouldn’t actually change much. So, for a lot of those (like me) who have seen the original, the performance of the leads is what could make or break this film. Comparisons aside, Harish Kalyan and Priya Bhavani Shankar do a neat job. It does take a while to warm up to them and their romance. But things get progressively better and you end up rooting for them to be together in the climax. The comedy works at places but again, if you have seen the original, it could be a different story altogether. The humour and the bonding between the hero and his friends were a lot more natural in Peli Choopulu. Some of the scenes like the hero screwing up the first business deal worked a lot better in Peli Choopulu. Vijay Deverakonda in that film looked very much like a carefree guy who could end up doing something like that. Harish Kalyan somehow comes across as a sincere guy who is trying to act carefree. The brief romance between Shruthi (Priya Bhavani Shankar) and Arjun (Ashwin Kumar Lakshmikanthan) also doesn’t create the impact it ought to have. This portion reeks of artificiality. I am not sure if the idea of having Anish Kuruvilla to reprise the role of the suave and ‘frank’ father-in-law was a smart one. The man fits the part but for those who have seen him in Peli Choopulu, these portions might not really work. Venu Aravind is such a natural on screen and it is good to see him after a while.

The music really works in the film and Vishal Chandrashekhar plays a huge part in giving you that breezy vibe.

Comparisons aside, Oh Manapenne is a breezy watch and retains the essence of the original. As light hearted as it is, this is a film that asks pertinent questions on the arrange marriage system, the concept of dowry and the constant pressure on parents to get their daughter married off at the earliest available opportunity. How many films do we actually have where the hero is called shameless for accepting dowry? 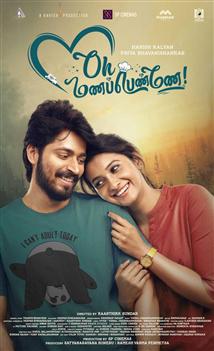