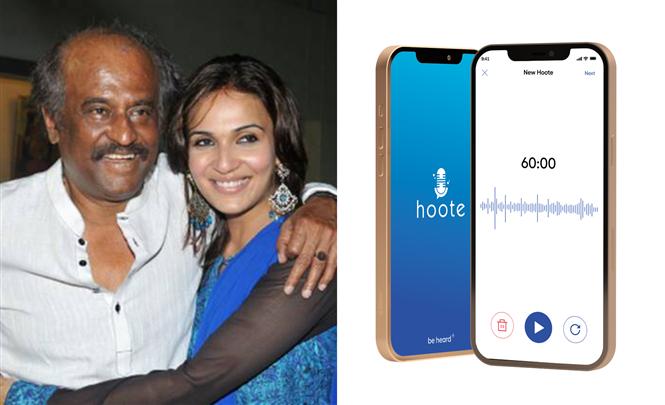 October 25, 2021 is not only the day Rajinikanth becomes the 51st recipient of India’s highest film award i.e. the Dadasaheb Phalke award but it also marks the day, the actor launches his daughter Soundarya's new social media platform. Hoote is a voice based app where people can upload 60 second voice recordings and the platform which has been in trial for a while now goes public today.

While celebrities like cricketer Gautham Gambhir, actress Khushbu and comedian Harathi are already part of the voice platform, Rajinikanth's endeavour to voice launch the app has generated quite the interest.

"People can express through their voice their thoughts, wishes and ideas just like they do in writing in any language of their choice”, Rajinikanth tweeted on Sunday. “I am very happy to launch this innovative, useful and the first of its kind, the HOOTE app, in my voice”, he added.