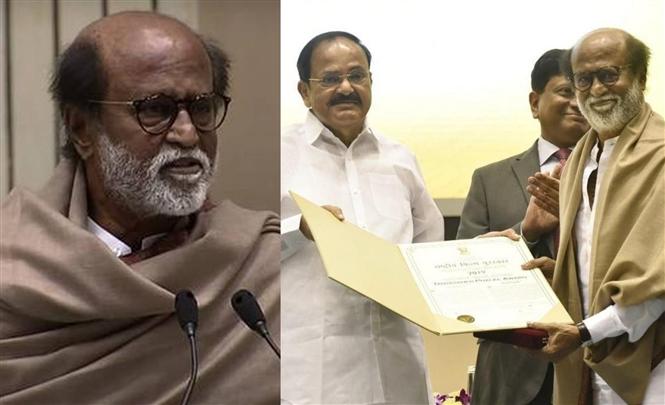 Actor Rajinikanth became the 51st recipient of India’s highest film award i.e. the Dadasaheb Phalke award today. He was present at Delhi with his wife Latha and three grand-sons to collect the honour. Dhanush, who was being awarded Best actor for Asuran was also spotted cheering on the Superstar, with his director-wife Aishwarya (Rajinikanth's first daughter).

Dedicating his award to three main pillars of his life and career, Rajinikanth released a note that read,

"I would like to dedicate the highest and the most prestigious award conferred upon me by the Government of India, "Dadasaheb Phalke award" to the one who identified and shaped me, my guru shri. K. Balachander sir, to my elder brother shri. Sathyanarayana Rao Gackwad. to my dear friend shri. Raj Bahadhur, to all my film fraternity, producers, directors, technicians, co-artists, distributors, theatre owners, the friends in press and media, my loving fans and to my living gods, the tamil people." 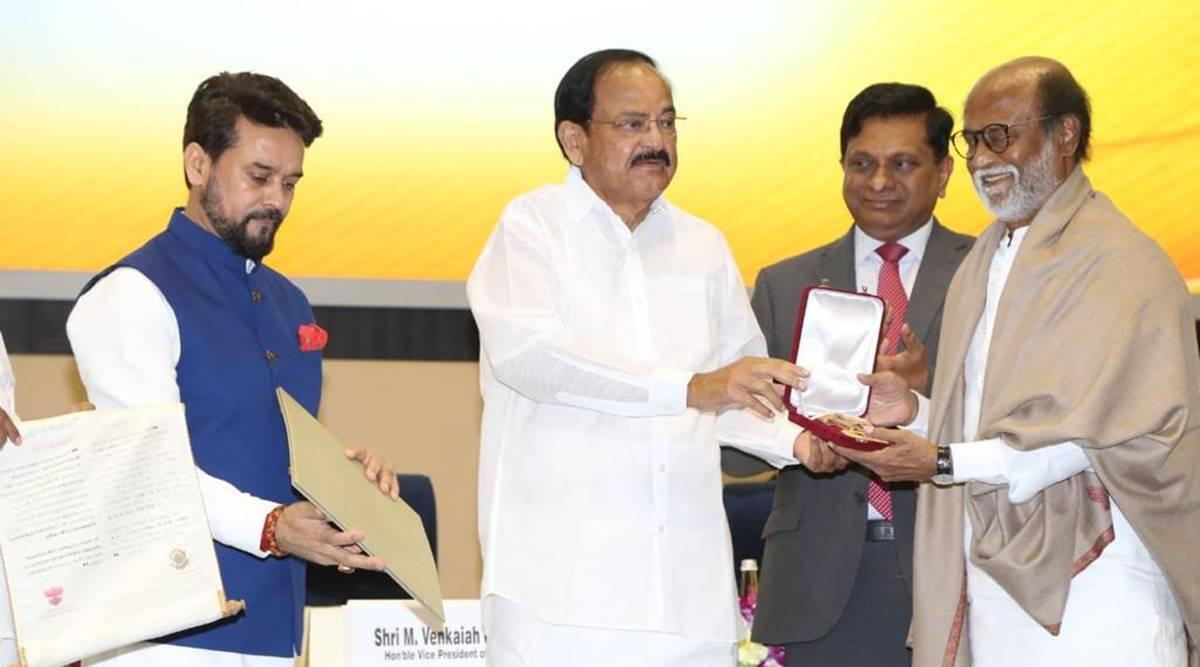 The award was first instituted in 1969 but after Amitabh Bachchan received the award in 2018, there had been no nominee for the past three years. Rajinikanth is the third film artist from Tamil film industry to be conferred with the award, after late actor Sivaji Ganesan and late director K Balachander. 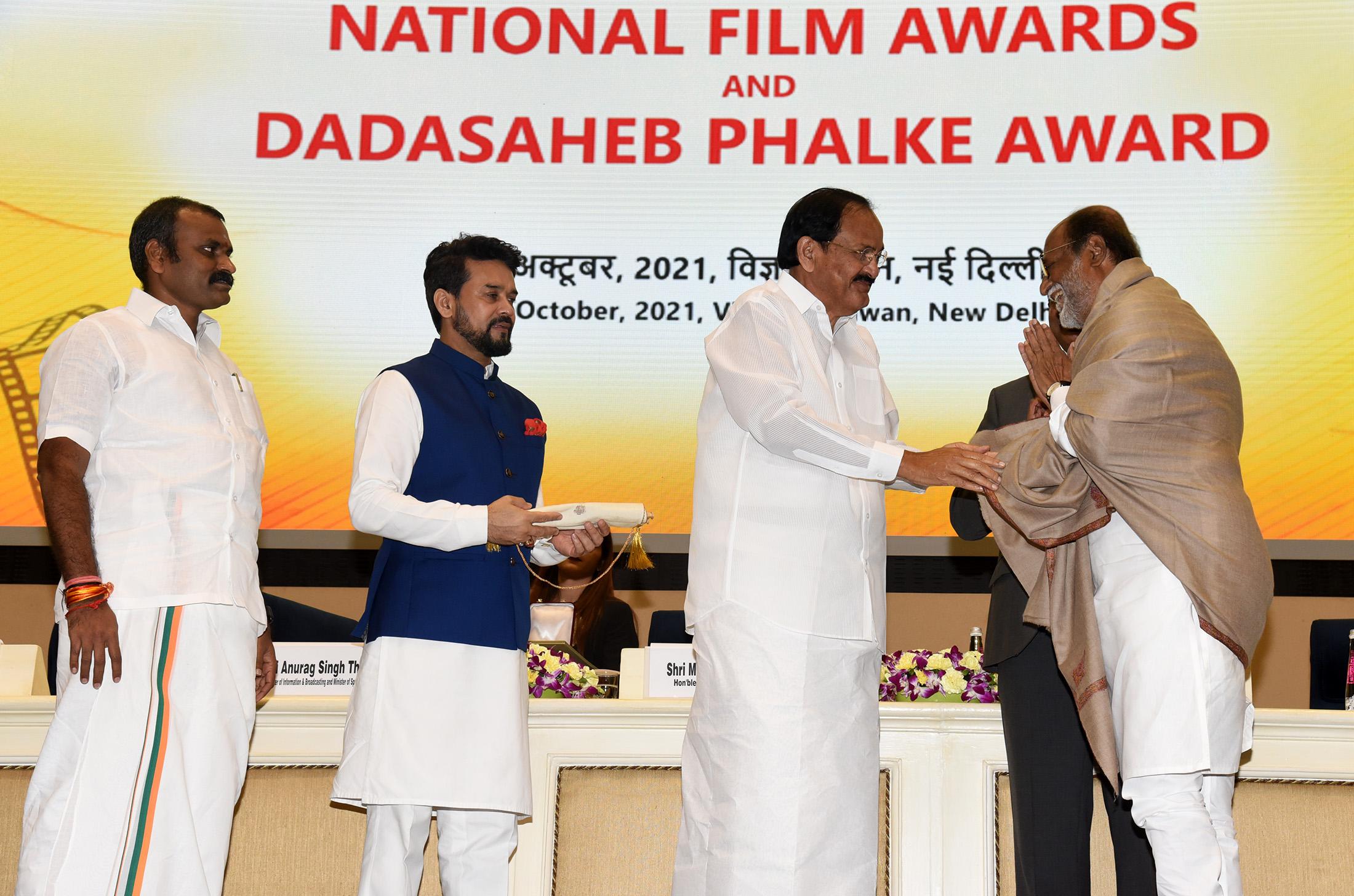 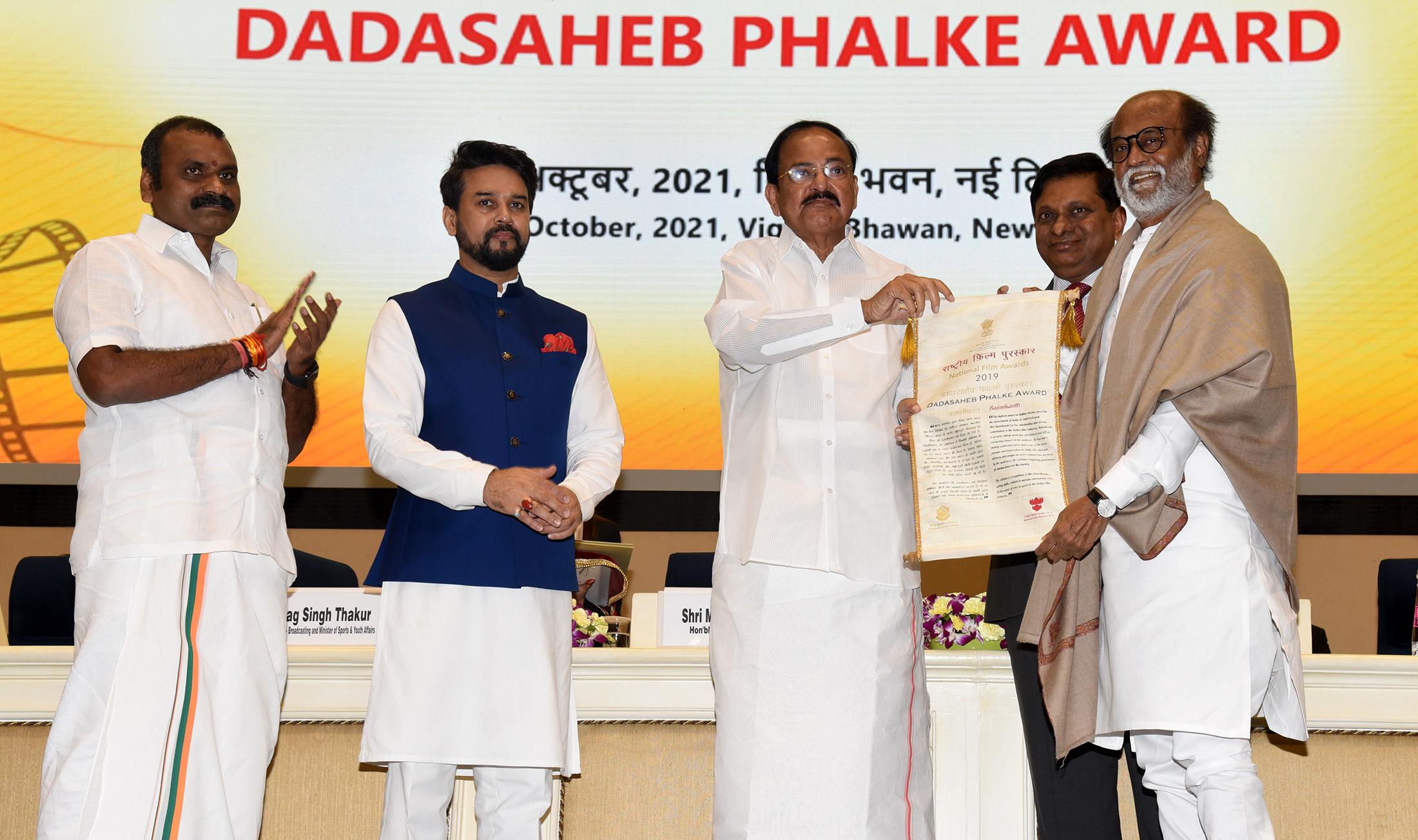 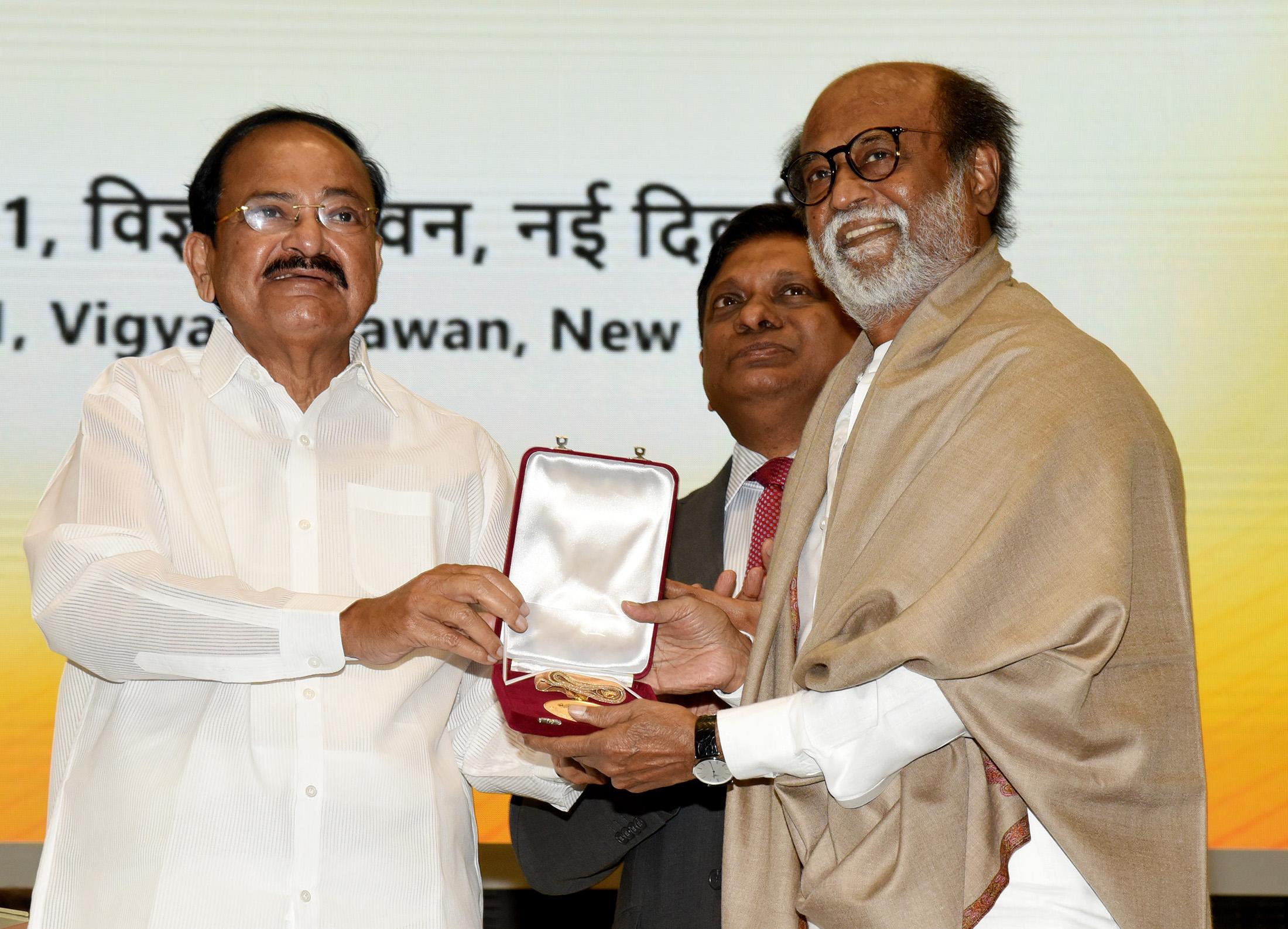 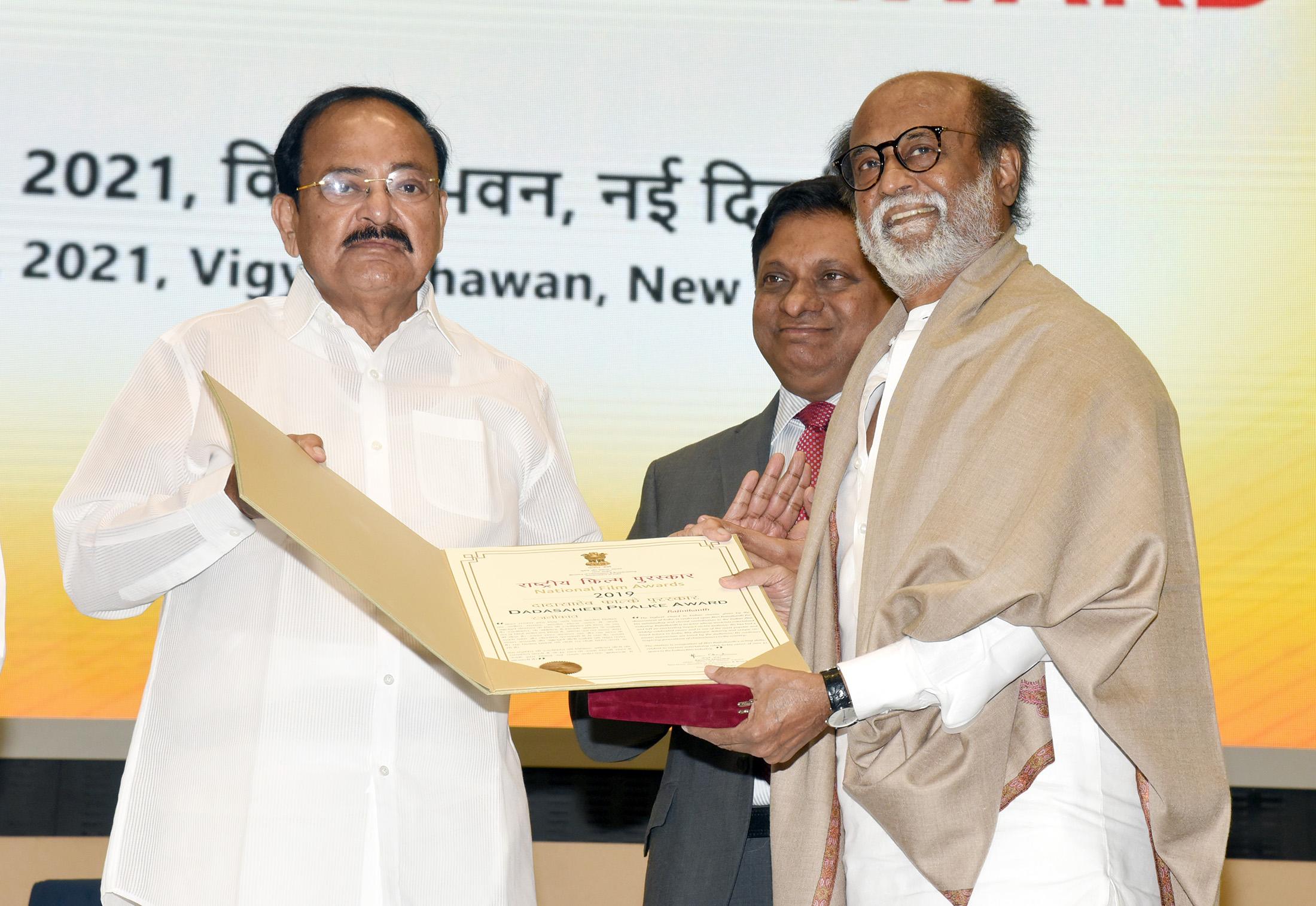 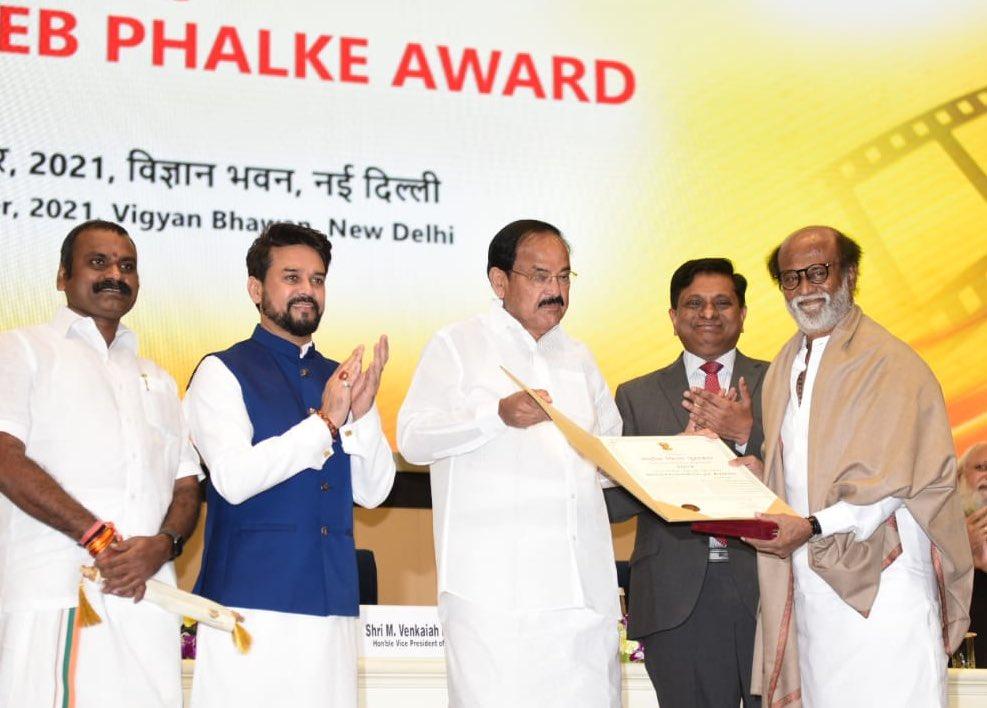 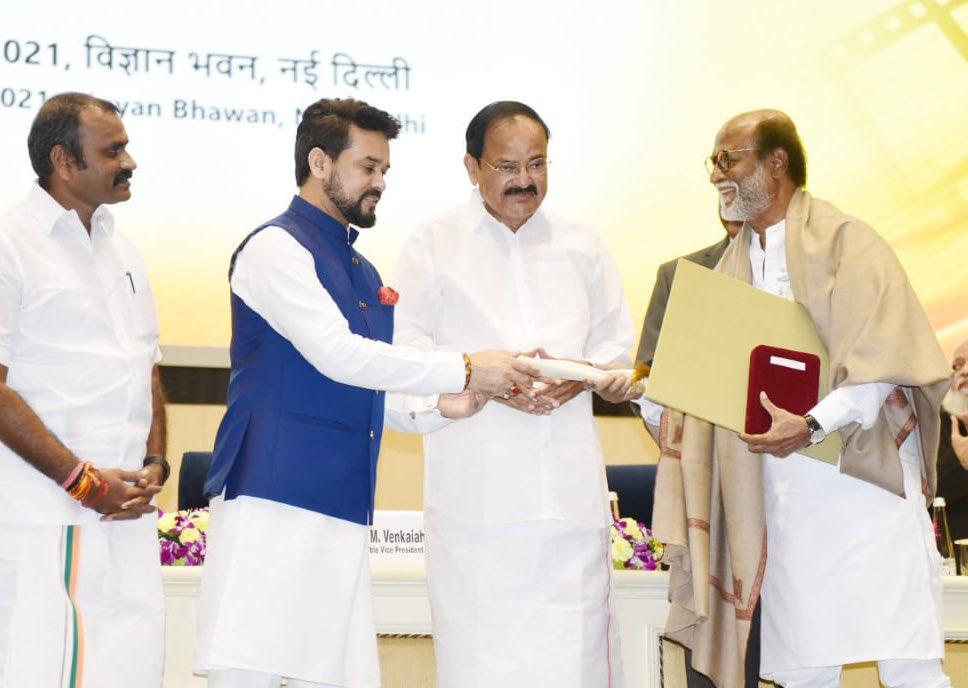