Annaatthe Review - Superstar Tries His Best, But The Film Trembles! 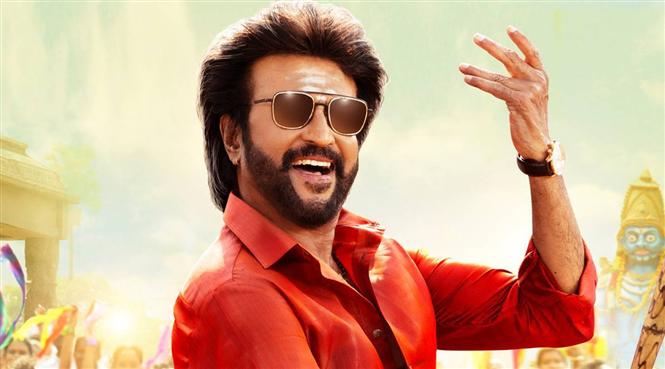 Annaatthe directed by Siva, starring Rajinikanth, Nayanthara, Keerthy Suresh and Soori in the lead roles. Promised to be a commercial entertainer with loads of emotions. Did it meet the expectations of the Superstar film, was it captivating as the filmmaker’s previous flick Viswasam and finally did it enlighten the Diwali festival mood… Let’s see.

Rajinikanth plays the role of a village Panchayat President named Kaalayan, he is kind towards his people and fights for them if there is any issue. He is very attached to his younger sister played by Keerthy Suresh. How far will the hero go if there is a threatening problem for his sister whom he considers to be more important than his own life.

Director Siva is known for his simplistic scripts that easily relates to the common public. This time, he chooses brother-sister sentiment as the centre of attraction. The story is extremely basic without much of a fluency. The happenings are so random and the plot-points comes out of nowhere, like a TV serial, new characters appear all of a sudden for every few minutes with different lame reasons. It is like we’re left clueless without a clarity on the destiny, hence the path gets messy too. How wonderful the conflict and heart-warming the emotions were in Viswasam, it is unfortunately the totally opposite here. The character-writing is weak for most of them, the treatment of the bromance portions is unbearably melodramatic and with an old-school storyline & incoherent subplots, we don’t get to empathize with what’s going on-screen. The screenplay of this flick can be graciously termed as a mixed bag, it is on & off in terms of engagement… The introduction portions followed by a comedy stretch are time-pass and the quirky masala moments between Thalaivar and Prakash Raj at the first hour are enjoyable too, but the momentum drops to the bottom-most level after a point, precisely after the uninvited arrival of Khushbu and Meena. After hopefully waiting for an overly long time, we get to rejoice a couple of whistle-worthy mass sequences but that’s even past the halfway mark. After a few likeable Good vs Bad face-off situations, the last half hour happens to be a bummer with a new villain altogether, needlessly stretched. Motivational punches and philosophical dialogues uttered by Thalaivar are powerful, but the ones that are conveyed during the sentiment portions to highlight the sibling relationship could have been much more better rather than being so filmy.

Rajinikanth is impressive as always, his trademark style and naughty mannerism are admirable. He has carried the whole movie on his shoulders single-handedly and has given his best. Soori as his sidekick entertains to an extent at places, the equation between him and the hero have worked pretty well. Nayanthara appears to be just a part and parcel of the story, she has got just minimal stuff to do in both the halves, but grabs some sweet romantic moments with the Thalaivar in the initial half. Keerthy Suresh is supposedly the most important character of the film, but her role was presented in an extremely old-fashioned manner, so couldn’t enjoy her performance that much. There are a bunch of artists used as passing clouds in the film such as Khushbu, Meena, Sathish, Sathyan, Pandiarajan, Livingston - the sad truth is that even without their presence and contribution, there wouldn’t be much of a difference in the product’s outcome. The major antagonists are played by Abhimanyu Singh and Jagapathi Babu, because their characterizations and scenes were sketched in a poor manner, there is not much of a takeaway from them. Prakash Raj had a decent role and liked how he was linked with the pre-interval setting.

Hats-off to D.Imman’s musical contribution for the film, his background score beautifully elevates even an average scene to a notch higher, excellent theme tracks used smartly all over the flick. Also, the songs which wasn’t convincing to hear gets better along with the visuals. Camero work is so pleasing right from the start to finish, cinematographer Vetri excels by showcasing a lot of sequences in a grand manner. He has also tried to elevate the hero in every possible frame with vibrant colour tone and instantly attractive slow-motion shots. Ruben’s editing is satisfactory, although the cuts are seamless, the overall duration of the movie is too lengthy and the story couldn’t hold for that long, can’t be complained as it is a collectively made creative decision. Stunt choreographer has managed to an extent to buildup efficient weapons for Superstar to fight, but the action sequences aren’t powerful enough.

Expected a cracker of a festival entertainer, but turns out as a disappointing formulaic outing majorly due to its bland storytelling.