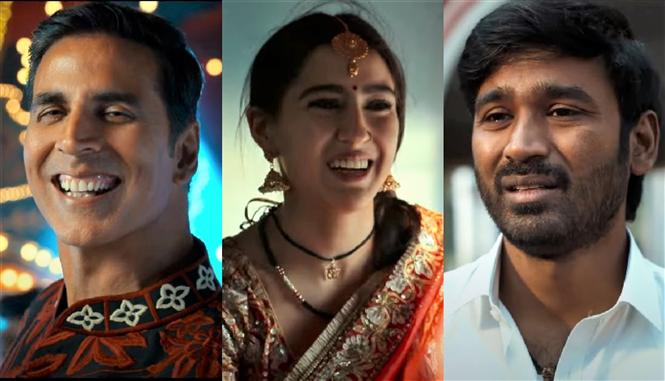 Atrangi Re is gearing up for a direct OTT release on Disney Plus Hotstar this December 24, and at this time the film's trailer has been unveiled. Vishu (Dhanush), a Tamil descent man is kidnapped and forcibly married to Rinku (Sara Ali Khan) who comes from a family of gangsters.

The newly-wedded couple plan to go separate ways, especially considering Sara has a long-lost lover in Akshay Kumar, a circus performer by profession.

However these three get entangled in a love-triangle and Sara's character is even shown to confessing that she has fallen for both men. Directed and produced by Anand L Rai, Atrangi Re has A.R. Rahman for music and has story, screenplay and dialogue by Himanshu Sharma.