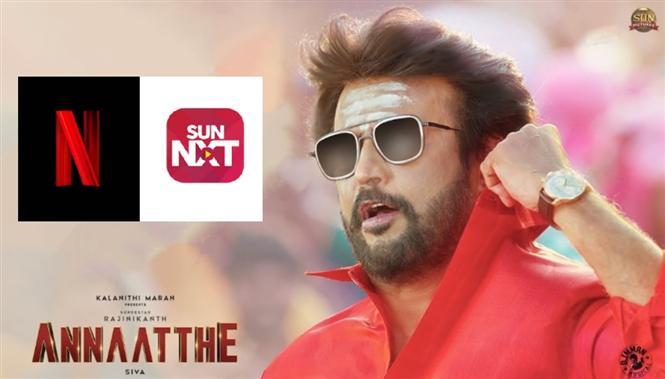 Annaatthe starring Rajinikanth in the lead which released in theaters on November 4, is now streaming on OTT platforms Netflix and Sun Nxt. An action drama directed by Siva, Annaatthe is available to stream in Tamil, Telugu, Malayalam, Kannada and Hindi on Netflix.

Annaatthe has Rajinikanth playing Kaalaiyan, who is a local leader and the story revolves around his inseparable bond with baby sister, played by Keerthy Suresh. The film, also comes with a huge star cast that includes names like Khushbu, Meena, Soori, Prakash Raj and Jagapathi Babu among others.

The movie has D. Imman for music and opened to mixed reviews upon release.