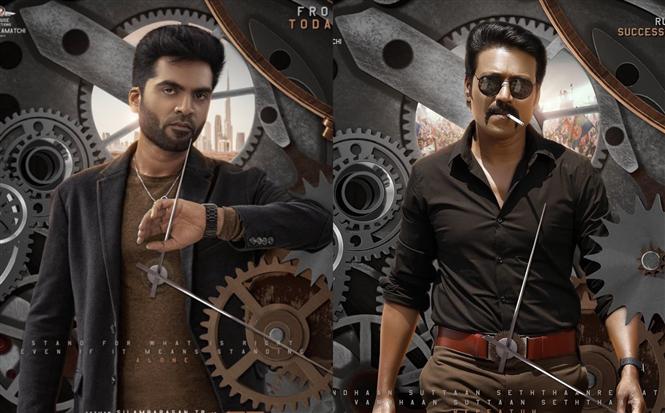 Venkat Prabhu directed Maanaadu starring Silambarasan TR, SJ Suryah among others has opened to quite the response in movie theaters and we had recently reported that the film will make its digital premiere on Sony Liv OTT platform for Christmas, 2021 i.e. December 24, 2021.

Now we hear, the film's satellite rights has been bagged by Vijay Television channel and the TV premiere is expected to air for either New Year or Pongal in January, 2022. Word also has it that if Maanaadu comes on Sony Liv before 30 days, then the film might air on TV for Christmas itself.

An Yuvan Shankar Raja musical, Maanaadu produced by Suresh Kamatchi is a time-loop political thriller, which follows a Muslim man's attempt to stop a political rally from taking place to save several lives.