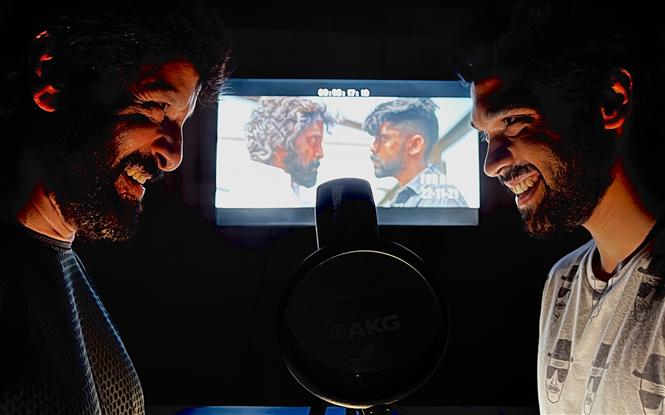 Karthik Subbaraj directed Mahaan is an upcoming gangster thriller starring Vikram, Dhruv Vikram, Simran and Vani Bhojan in the lead. The movie is expected to release directly on Amazon Prime Video OTT platform for Pongal in January, 2022. While an official announcement on the same awaits, director Karthik Subbaraj has now updated that the dubbing for this movie has been completed.

A production venture of Lalith Kumar of Seven Screen Studio is, Mahaan has Vikram playing the titular role and Dhruv Vikram playing a character named Dada. This is the first time the real life father-son duo will be appearing on-screen together.