S.S. Rajamaouli's upcoming directorial RRR is all set to hit theater screens on January 7, 2022 and at this time it has been revealed that the movie has been censored with an U/A. The movie passed the CBFC certification on November 26 and it comes with a run-time of 3 hours 6 minutes and 54 seconds. (186. 54 minutes).

RRR is a fictitious story set in the 1920s and based on two legendary freedom fighters Komaram Bheem and Alluri Sitarama Raju. Made on a massive budget of Rs 350 crore, the movie stars Ram Charan, Jr. NTR. Alia Bhatt, Ajay Devgn, Shriya Saran among others and is produced by DVV Danayya. 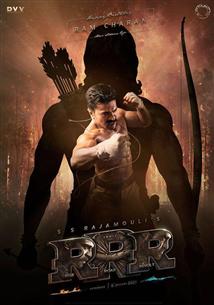