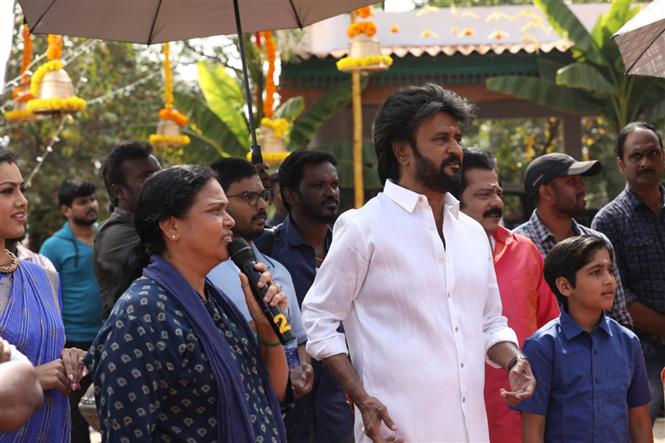 Choreographer Brindha Gopal on Tuesday shared a behind the scenes video from Rajinikanth's last release Annaatthe, which revealed a montage of the Marudhaani song getting filmed. Brindha master and her crew of choreographers are spotted teaching dance steps to Rajini, and everyone present is seen hyping the septuagenarian as he finishes shots without missing a beat.

Stylish The ONE AND ONLY RAJINI Sir for Annathe.Each time I work with him is a masterclass in 100% dedication to work. Rajini sir’s childlike enthusiasm is infectious .last dance bit in one single shot. Thank you Rajini sir and Annathe team. @rajinikanth 🙏🙏🙏 pic.twitter.com/jvpTvVKNez

Brindha shared a full version of this making video after a snippet from it went viral earlier. Annaatthe directed by Siva and produced by Sun Pictures also stars Khushbu, Meena, Keerthy Suresh, Sathish, Soori among others. The film has D. Imman for music.