Hridayam Review - A 'not to miss' college nostalgia tale 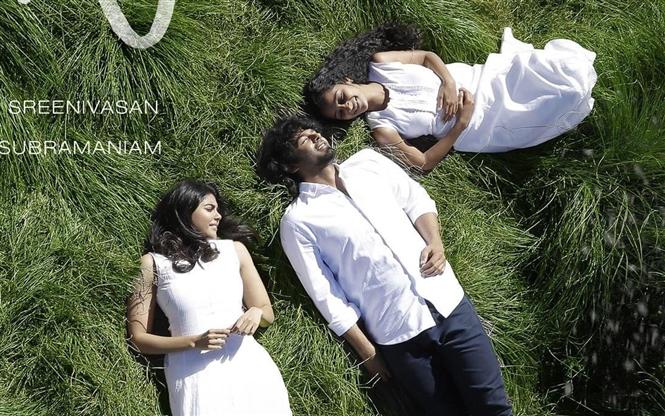 Hridayam Review -  A ‘not to miss’ college nostalgia tale

Has there ever been a time when you entered a cinema hall and realised, even happy emotions could leave you in sadness and wanting something that is long gone? This is exactly what director Vineeth Sreenivasan has targeted to do with his film Hridayam. Starring Pranav Mohanlal, Kalyani Priyadarshan, the amazing Darshana Rajendran and a bunch of other talented actors, this college, to post college life based film is all nostalgia. Has it impressed audiences overall? Read further.

Pranav plays Arun Neelakandan, a carefree young lad who joins KC Tech (an Engineering college in Chennai). His journey to Madras, the college life, characters he meets, the ragging, the love and Darshana form the first half of this film. Whereas, the second half focuses on the lives of these characters after their college life, up until say the age of 28. Does Arun get married? What happens to Darshana, Selva and the other characters and how does Nithya (Kalyani) enter this tale? These questions are answered in the latter part.

As for the casting, Pranav suits the protagonist pretty well and has done a neat job. Kalyani too, as Nithya (in the second half) has given out a good performance. However the stand out though is Darshana as Darshana! She is the soul of Hridayam and the way she emotes is brilliant. Her screen presence, aura and beauty is so well portrayed and rightly so. Another few characters leave a very good impact. Kalesh as Selva (a sincere student who teaches his peers) is one of them,who gets the chunk of the emotional layer of this film and it works wonders at various points. Even Aswath as Antony provides natural humour. Some of the small characters are brilliantly etched. Kudos to the casting which is the backbone of this film!

Hridayam throws at us various relatable and connectable moments from college life. For instance, the ragging, love at first sight, culturals, stage events, campus life and hostel life are all depicted so beautifully. Music has a terrific role to play too! The songs are the heart of this picture and they literally carry the movie’s essence at most stages. Some of the best scenes are the beach proposal sequence, the encounter between Arun and his seniors, Darshana’s reply, the sequences involving Selva, the train based interval block and the pre-climax to climax (secret alley). We begin to revisit our good old days!

However, the latter half which tracks Arun’s journey into wedding photography and his episode with Nithya (Kalyani) has both, bright and fairly dull moments. This could be because the first half had almost everything we expected from such a college film and the after-life is something we ourselves do not enjoy as much as our college days. Ironical but true. But that is how life is and this has been quite naturally depicted in this 172 minute romance-drama!

Vineeth has extracted brilliant work from his technicians. Music by Hesham Abdul Wahab is outstanding and the Darshana track lingers within you, long after its over. The other songs and bgms are amazing as well! Cinematography by Viswajith was apt and editing Ranjan is special. A slight trim though could have made it even more engaging but no major complaints!

The film does fall under the category of some of the other films like Premam, Autograph and Kirik Party but has its own uniqueness in most aspects. In fact, it may even have a lot more relatable factors for those who studied at an Engineering college within Chennai. The USP though, being the secret alley and the climax that would surely touch one and all!

On the whole, Vineeth Sreenivasan and team’s Hridayam, is a must watch for those who miss their college life. Even for others, it has a lot of beautiful elements and emotions that they could connect to. A proper nostalgia trip back to simpler and happier times. Don’t be surprised if you tear up in a place or two!

Bottomline: ‘Hridayam’ leaves you in tears, longing for your college days! 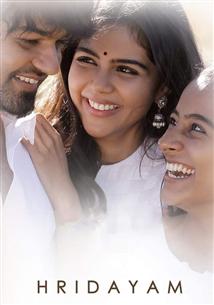