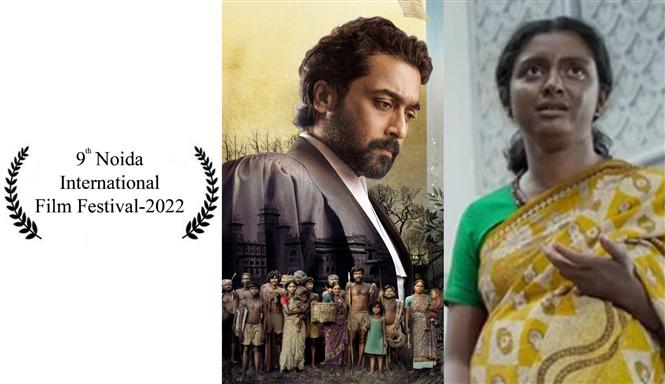 Jai Bhim was 2021's most hard-hitting social film to come out of Tamil cinema and it is based on a real-life incident in which an innocent tribal person was falsely accused of theft, tortured in custody, and eventually murdered. Written and directed by TJ Gnanavel, the acclaimed movie is even inducted into the 276 films, that are eligible for consideration at the 94th Academy of Motion Picture Arts and Sciences aka the Oscars. [The final Oscar nominations will be revealed on February 8, 2022].

This movie has now won big at the 9th edition of the Noida International Film Festival [NIFF 2022]. Jai Bhim has swept the Best Film, Best Actor and Best actress awards under the feature film category.