Sarkaru Vaari Paata (SVP) is an upcoming Mahesh Babu, Keerthy Suresh starrer which is all set to hit theater screens on May 12, 2022. Mythri Movie Makers producers of the film have now announced that the first single from the movie, composed by S.S. Thaman has been titled Kalaavathi and that the song will be unveiled on Valentine's day i.e. February 14, 2022.

SVP is directed by Parasuram Petla and also stars Samuthirakani, Vennela Kishore and Subbaraju among others. Saregama South holds the audio rights to this film's album. 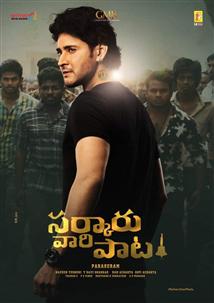