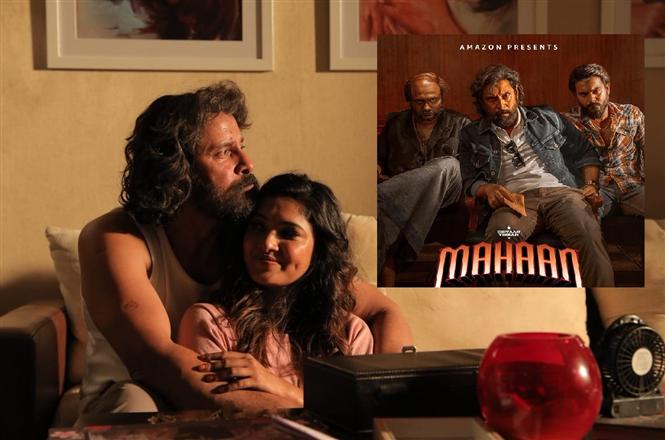 Actress Vani Bhojan who made memorable appearances in Tamil films like Oh My Kadavulae, Lock Up, Malaysia to Amnesia and Raame Aandalum Ravanae Aandalum was expected in a small yet significant role in the Vikram starrer Mahaan. But when the Karthik Subbaraj directed movie premiered on Amazon Prime Video last night as a direct OTT release, viewers were surprised to notice that the actress was missing in the film.

Clearly the actress' portions were cut but theories started floating about a possible sequel aka Mahaan 2, in which Mangai, Vani Bhojan's character makes an appearance. Fans who diligently followed Mahaan updates until its fruition seem to be particularly disappointed at Vani's exclusion and they didn't shy from expressing the same on social media.

It is worth mentioning here that Vani Bhojan was thanked in the opening credits of Mahaan and her character was included in the end credits of the movie.

Dear @karthiksubbaraj , where is Vani Bhojan in #Mahaan ???