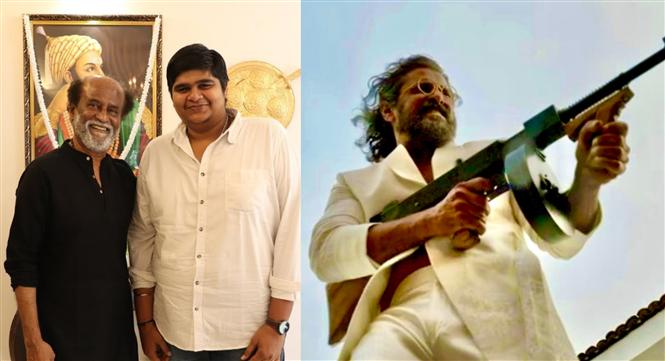 Karthik Subbaraj directed Mahaan released directly on Amazon Prime Video OTT platform on February 10, 2022 and the movie has been garnering praise from all corners for being an indulging gangster drama. Actors like Vikram, Dhruv Vikram, Bobby Simha, Sananth and Simran are especially being lauded for their performances and seems like Rajinikanth too caught up with all his hype.

The Superstar seems to have personally called Karthik Subbaraj after watching Mahaan and the director took to Twitter today to share the actor's reaction to his film.

Mahaan is produced by Seven Screen Studio and the film has Santhosh Narayanan for music.