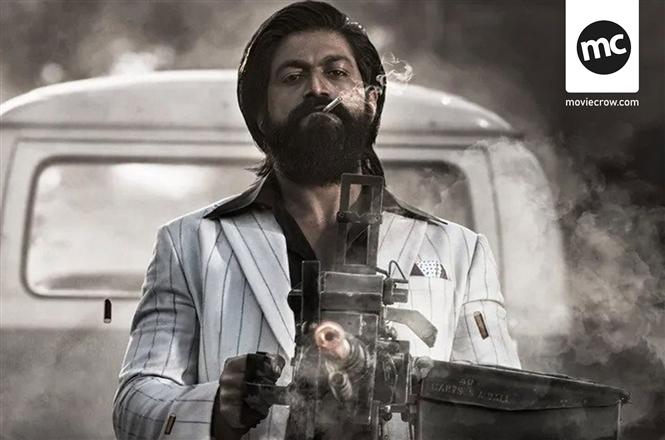 KGF: Chapter 2 is the second part of the KGF franchise. The prequel became a rousing success and this became a mega-biggie with crazy expectations all over India.

The fight to capture the precious KGF continues. After killing the menacing ruler Garudan, Rocky Bhai played by Yash single-handedly takes over the command but his enemies try to smash him and grab the power. What happens in this Game of Thrones forms the story.

Director Prashanth Neel has created a world of his own and treated it like Gold. The buildup dialogues carry a lot of sensibly written emotions, plenty to clap for. The setup till the interval is sluggish at places, filled with few good moments but there are places that lag a little too much. On the other hand, some crucial portions are presented so fast that the contexts don’t register properly. On the whole, the first half is passable with a clever interval block that promises for the forthcoming portions to be powerful. And, as promised, the entire second half is like burning fire. Almost each and every sequence is memorable and so powerful that one scene overtakes the previous one, and this happens in repeat mode for 90 odd minutes. The Gold biscuit scene, parliament scene, Mumbai portion are out of the box… the attitude of Rocky Bhai is beautifully portrayed in these places. The mass moments are not baseless, a strong emotional quotient is attached along that add immense value to the happenings. Mother sentiment works out to perfection, just like the first part and the placements where they’ve attached them are masterstrokes. Missing out Anant Nag as the narrator, his character’s style of suddenly moving forward in the timeline of the story was rollicking fun in the prequel. The latter part offers goosebumps all over it and absolutely no complaints as there are no dull moments at all. But the climax which could’ve been so much more than what it is, the idea is excellent but the staging was too crisp to consume such a heavy ending. Like the Marvel superhero flicks, there is a credit scene that pleases the audience

Yash yet again proves he is tailor-made for a rugged character who has a fearless attitude. His suave screen presence with macho suits and coolers hold the film, of course with some appealing heroic buildups. The initial romantic portions that have Srinidhi Shetty are silly, later on she gets into the thick of the story. Sanjay Dutt as Adheera gets a stunning introduction, post that he was made dummy in a few of his scenes, then strikes big at the finale, he too has gotten a handful of slow-motion buildup shots. Raveena Tandon is introduced in the 2nd half of the film, though her combination scenes with Yash are fun to watch, as a stand-alone character, she wasn’t impactful enough. Eswari Rao and Saran are the latest additions in this instalment, characters at two opposite poles, so their drama works very well.

Music is the soul of the film. The song ideas and placements uplift the momentum. Thundering background score boosts the mass mood and provides ample amount of tension. Superlative camerawork, the cinematographer has captured the grandeur amazingly and presented the large scale of the film as it is on the big screen. Not only that, he has also picturized the close up shots smartly. Editing is a mixed bag, it works out exceptionally well at places where certain scene intercuts are done, but some efficient sequences rapidly jump off like a mashup without enough stay. Anbariv’s stunts are crazy, they’ve choreographed with a superb sync that elevates the commendable ideas of the director. Fight scenes are stuffed with some fiery buildups, the one with the bikes for example. Visual output quality is outstanding, the set works by the art department and visual effects with finesse are the major reasons.

Apart from a few lows that exist in the first half, the film is such an entertaining and an emotional roller coaster ride filled with goosebumps. Great vision and conviction by director Prashanth Neel that has made way for a solid theatrical experience. 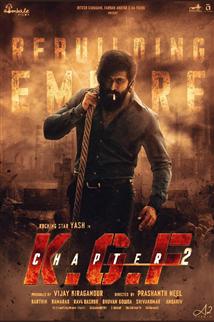