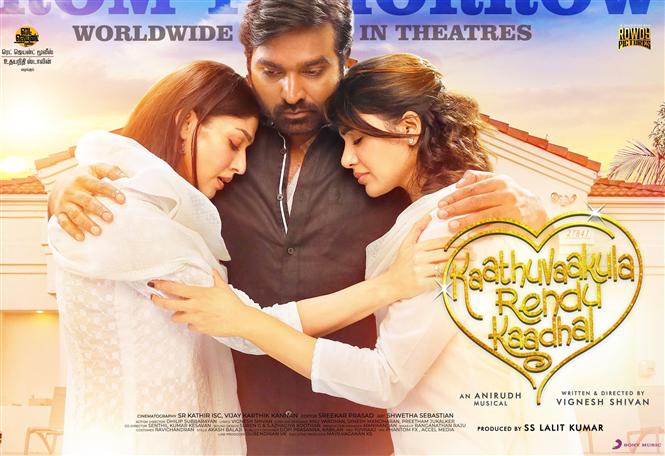 Kaathuvaakula Rendu Kaadhal is a romantic-comedy flick directed by Vignesh Shivan. The film stars Vijay Sethupathi, Nayanthara and Samantha playing the main lead roles. Does the film satisfy the target audience? Read on to know.

We've seen a lot of triangular love stories. And here, Vijay Sethupathi is in love with both Nayanthara and Samantha, at the same time. The conflict starts when the ladies come to know the truth.

Vignesh Shivan has constructed a lot of elements to hide the problematic main subject. The initial village portions offer a satisfying backstory that would help the viewers route for Vijay Sethupathi's character. But the issue is that how the same stuff gets repeated for the entire film in almost all the scenes. Hearing the same sort of dialogues again and again make a lot of scenes cringe and it becomes a tiring watch towards the end. Plenty of portions are overly-drawn-out and a crisper narrative could have made it better in terms of engagement. On the bright side, the film does have a fair share of good moments, keeping a few parts aside, the first half is quite convincing, especially the way the love sequences between VJS-Nayanthara and VJS-Samantha have been penned and presented. Closer to the interval, the drama begins and the excitement peaks. Mainly because the film doesn't fool out by showing Nayanthara and Samantha separately throughout. The best part to brand the product is saying that there are combination scenes between the three throughout the latter half. But sadly the utilization is very low, many of those intended to be funny elements appears to be fake on-screen. Nothing much comes along naturally, the justification why Vijay Sethupathi is in love with both the heroines and why he wants to get married to both of them is at least cinematically satisfying. But there is no valid reason for Nayanthara and Samantha to still want to continue their relationship with him even after knowing what he was doing to them.

Vijay Sethupathi performs innocence with ease. Nayanthara does well in the emotional portions, particularly when she's with her siblings. Samantha is the best out of the three, she carries a style all the way and delivers the cute expressions with perfection and makes her presence very likable. Somehow the trio did not appeal on screen to their fullest strength. Redin Kingsley hits it out of the park with humour,. His comedy timing and counter punches work so well, a moment where he recreates and spoofs a serious scene from Bigil is ultimate. The other artists come and go just like that, though a few have purpose, a complete involvement is missing. Prabhu and Kala master appear in monotonous roles and their presence were unnecessarily over dramatic.

Anirudh has provided four songs and all are gold. He has also inserted a surprise track in the film which is soulful and instantly attractive. He has added so much value to the film with his background score, both in serious and quirky scenes. Camera is beautiful, partly done by SR Kathir and partly by Vijay Karthik Kannan. Frames are colourful and there is a significant variation in colours used to separate the portions of both the heroines. Editing is very average, not just because of the editor as it is a collective decision taken by the director too. There are too many lags, especially in the second half, at least the repeat placements of dialogues could have been cut-shortened. It feels a few scenes are extended even after the purpose is served and the film feels so dragging even after the completion of the story.

The film gets a convincing premise, brings Nayanthara and Samantha truly together by giving them plenty of combination scenes, but the utilization isn't pleasing. Has a share of enjoyable moments, but at the same time drags to an huge extent with unwanted melodrama on repeat mode, that is hard to consume. 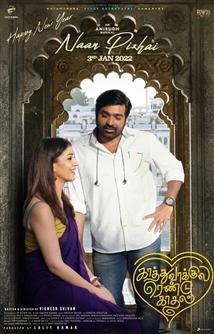