Don: Director Atlee thanks Sivakarthikeyan for this reason! 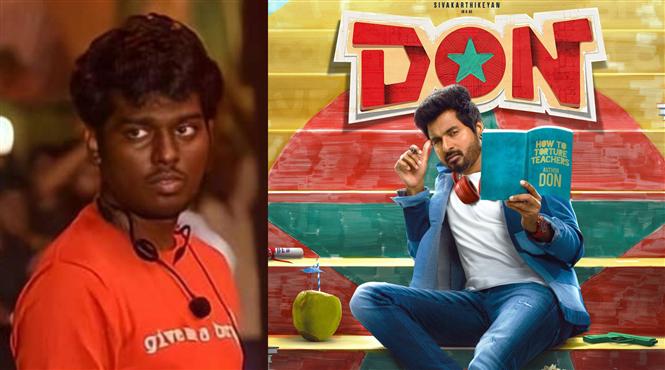 DON starring Sivakarthikeyan in the lead is out in theaters from today and the positive response from all quarters has set the movie up for a good start. DON is directed by debutant Cibi Chakravathi and it is no news that he formerly worked as director Atlee's associate. Even during the pre-release event of DON, Cibi had thanked Atlee for making him capable of handling big projects and stars.

As soon as DON released, Atlee who himself is a good friend of Sivakarthikeyan took to twitter to publicly thank the actor-producer of the movie. "thanks for giving an opportunity to debut director", Atlee wrote in his tweet which was also all praises for Sivakarthikeyan and Cibi Chakravarthi.

DON's other producer Lyca Productions liked this tweet while director Cibi responded to his mentor by tweeting:

Thanks a ton to my guru @Atlee_dir sir your appreciation means a lot to me sir
Couldn’t express my happiness through words..Am highly elated sir 🙏 https://t.co/yylzH1TKAo