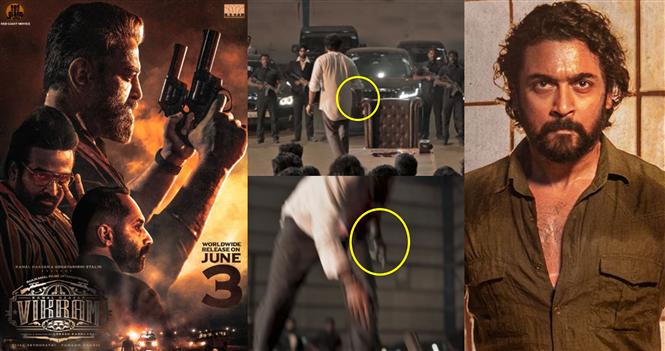 Vikram is an upcoming Kamal Haasan starrer directed by Lokesh Kanagaraj which is all set to hit theater screens on June 3, 2022. Besides starring Vijay Sethupathi and Fahadh Faasil, Vikram will also see actor Suriya in a cameo role. Suriya's appearance in Vikram has already sparked a couple of fan-theories like it is a preface to Vikram 2 starring Suriya in the lead among many others (see here).

Now, a new fan-theory has emerged which has to do with a long-speculated project between Suriya and Vikram director Lokesh Kanagaraj. Suriya and Lokesh are expected to be collaborating on a project titled Irumbukai Mayavi and this is said to be an adaptation of a super-hero comic titled The Steel Claw (details here).

In the trailer of Vikram where Suriya's character is teased, one of his hands is shown to be darker than the other in atleast two frames. Fans have taken this as a hint of Irumbukai Mayavi, where Suriya is supposed to appear with one steel hand. However, if one notices keenly this 'dark hand' alters between left and right in the Vikram trailer frames and they appear more charred than made of metal. 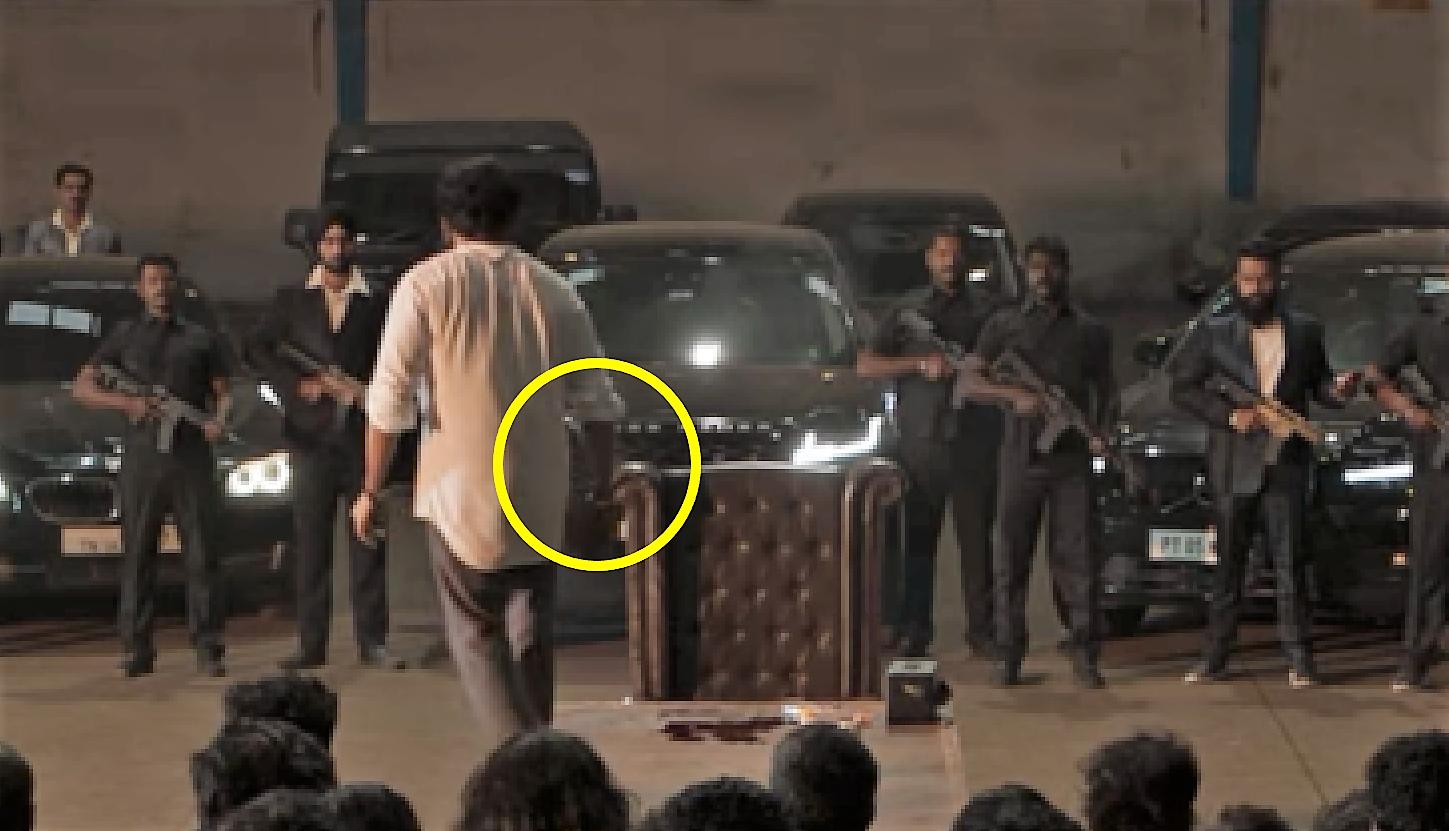