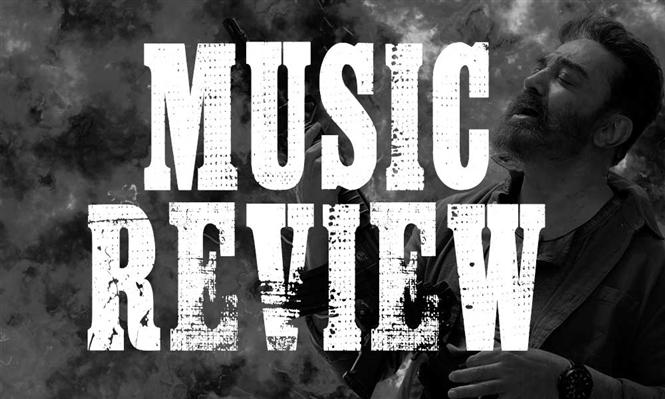 Pathala Pathala: Pathala Pathala is filled with Anirudh’s heavily percussion-based signature sounds but Kamal Haasan makes it interesting with his vocals and lyrics. Kamal Haasan singing the Madras slang evokes the memories of Deva's Kandhasaamy Maadasamy song from Pammal K. Sambandam. Kamal takes a dig at his contemporary politicians with the lyrics which goes as 'Ondriyathin Thappaale Onniyum Illaippaale'. Overall Pathala Pathala turns out to be an easily accessible winner from the album.

Anirudh Ravichander sings the engrossing title track of Vikram. The composer builds the soundscape beautifully with the minimal strings (which seems to be the sample of Amunet Egyptian song) accompanied by gentle percussions and chants. Though Anirudh did an adequate job with his vocals, the song could have been way better with another singer. Anirudh blends the iconic Ilayaraja's synth mix Vikram into the title track, while the ultra-stylish sounds take care of the rest of the track. The track sets the tone of the mood brilliantly.

Anirudh takes his snazzy soundscape a few notches higher in the complete English track with lyrics by unknown Heisenberg credited. The track has so much to offer from the rock flavor to the Aah-Aaah sounds, while Anirudh throws in classical wedding Nadhaswaram bit seamlessly amidst the lyrics about alcohol and philosophy. Though there seems to be a lot of processing in Anirudh's vocals, everything comes together well and makes this one an extremely heady listen in the album. Another winner from the composer.

Anirudh ropes in Ravi G of Naan Pizhai fame. The tune structure carries the vibe best suited for the composer himself but dependable Ravi G aces the song with his poignant rendition. The lyrics are by Vishnu Edava stands out who is also apparently the associate director of the movie. Anirudh keeps the arrangements minimal with the intermittent anthemic rousing sounds in the background.

Once Upon A Time

Anirudh delivers another mostly instrumental rock-based track which sounds more like the continuation of the Wasted track with the Aah-Aah bits and Heisenberg's English lyrics. However, this one carries less punch when compared to the brilliant Wasted track.

Anirudh continues his prime form, and with the Vikram soundtrack, he delivers a snappy soundtrack that works perfectly for a Gangster drama.