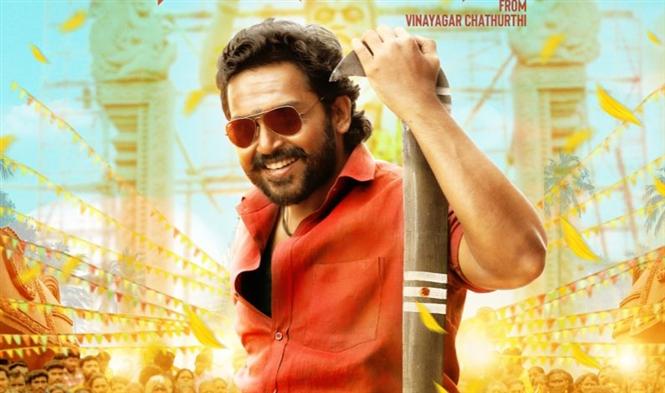 Actor Karthi has reunited with his Komban director M. Muthaiya for a movie titled Viruman, which once again seems to be a rural entertainer. Director Shankar's daughter Aditi is making her debut as heroine with this movie and the film's release date has now been officially announced as August 31, 2022 (Wednesday). 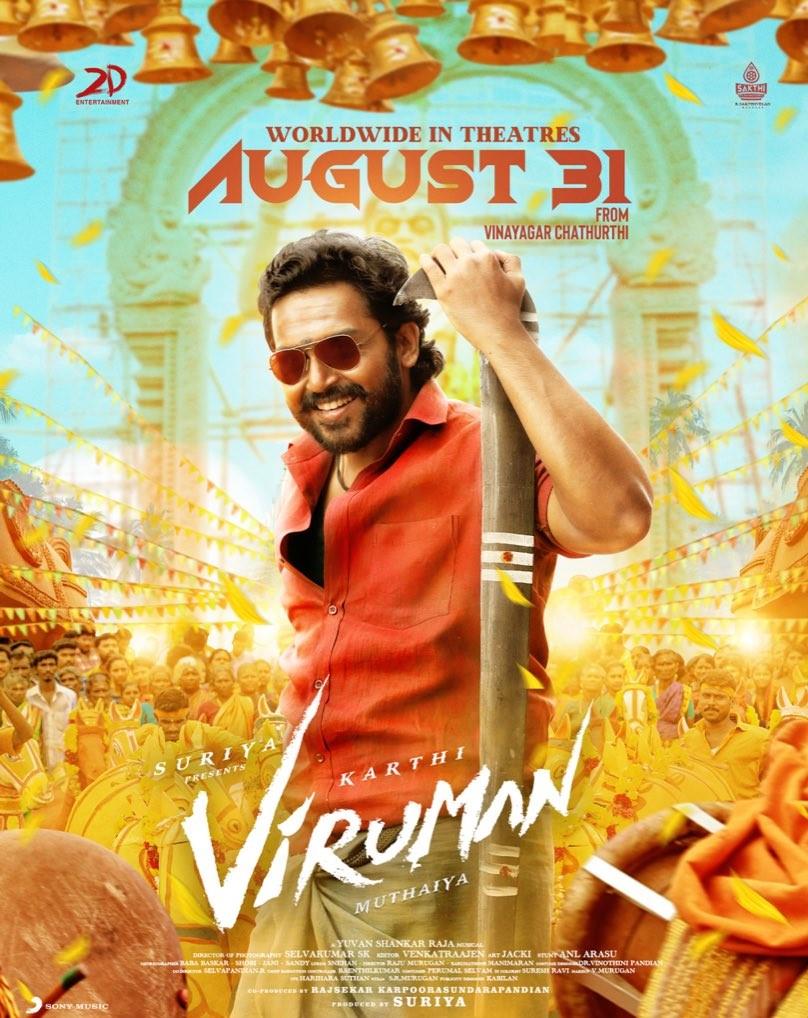 Viruman will be hitting theater screens worldwide on Vinayagar Chaturthi which means it opens on a holiday (In India) and will have a 5-day opening weekend. Viruman is produced by Suriya's 2D Entertainment and Sakthi Film Factory. The film has Yuvan Shankar Raja for music and Sony Music South holds the audio rights. 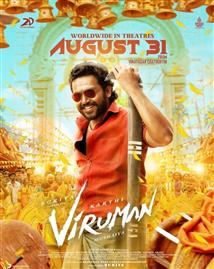