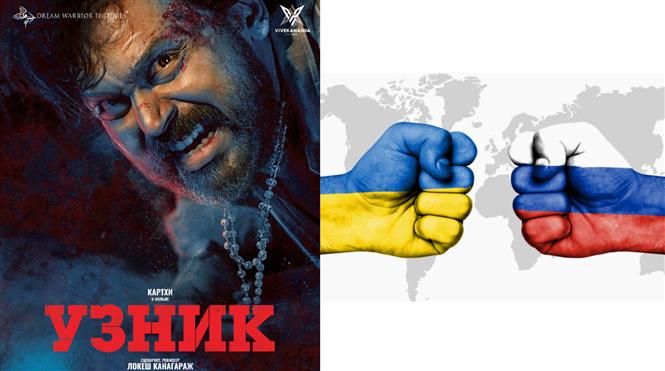 Three months into the Russia-Ukraine crisis (the civil war is still ongoing with the latest Mariupol fall to Russia making headlines), a three year old Tamil film from India has released in theaters of Russia for the first time today. Kaithi, written and directed by Lokesh Kanagaraj and starring Karthi in the lead originally came out in 2019 and the Dream Warrior Pictures production has been dubbed and released in over 297 theaters in Russia today.

To the unversed, India’s dependence on Russia for weapons against neighbors China and Pakistan is a big reason Modi’s government has avoided criticizing Russian President Vladimir Putin for the war in Ukraine. Kaithi's release in Russia comes at a time when US is trying to woo the Indian government with a $500 million military package, which if India agrees to receive would make it one of the largest recipients of such aid behind Israel and Egypt.

Kaithi is titled Узник (Uznik) in Russian which means prisoner. The movie is presented by 4 Seasons Creations, a distributor of Indian films in the European region.