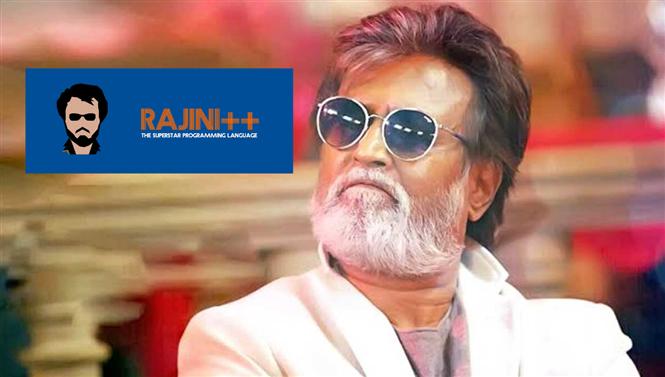 Thanks from all of us Thalaivar fans, Arun @arocks, the creator of this lang❤️💐
P.S: I guess this is his correct ID! 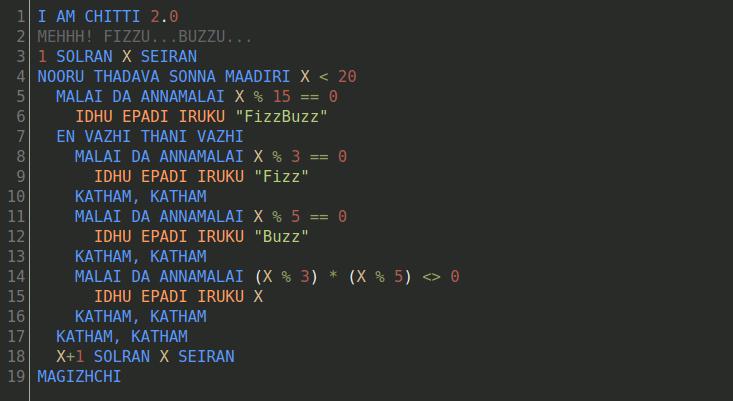 Now in 2022, a programmer named Aadhitya Sankar has released Rajini++, a programming language that runs on Python, wherein the syntax and keywords are based on the dialogues of the Superstar. It is worth mentioning here that none of these languages are built for enterprise-grade software development.

The syntax and keywords used in rajini++ are based on the dialogues of #SuperstarRajinikanth. (2) pic.twitter.com/wvQ7V0Qlpn

what's also nice is that you can embed rajini++ code in your regular old python scripts(experimental)! Now you can experience the power of #Rajinikanth in your python scripts! (3) pic.twitter.com/u585kQ7dp4 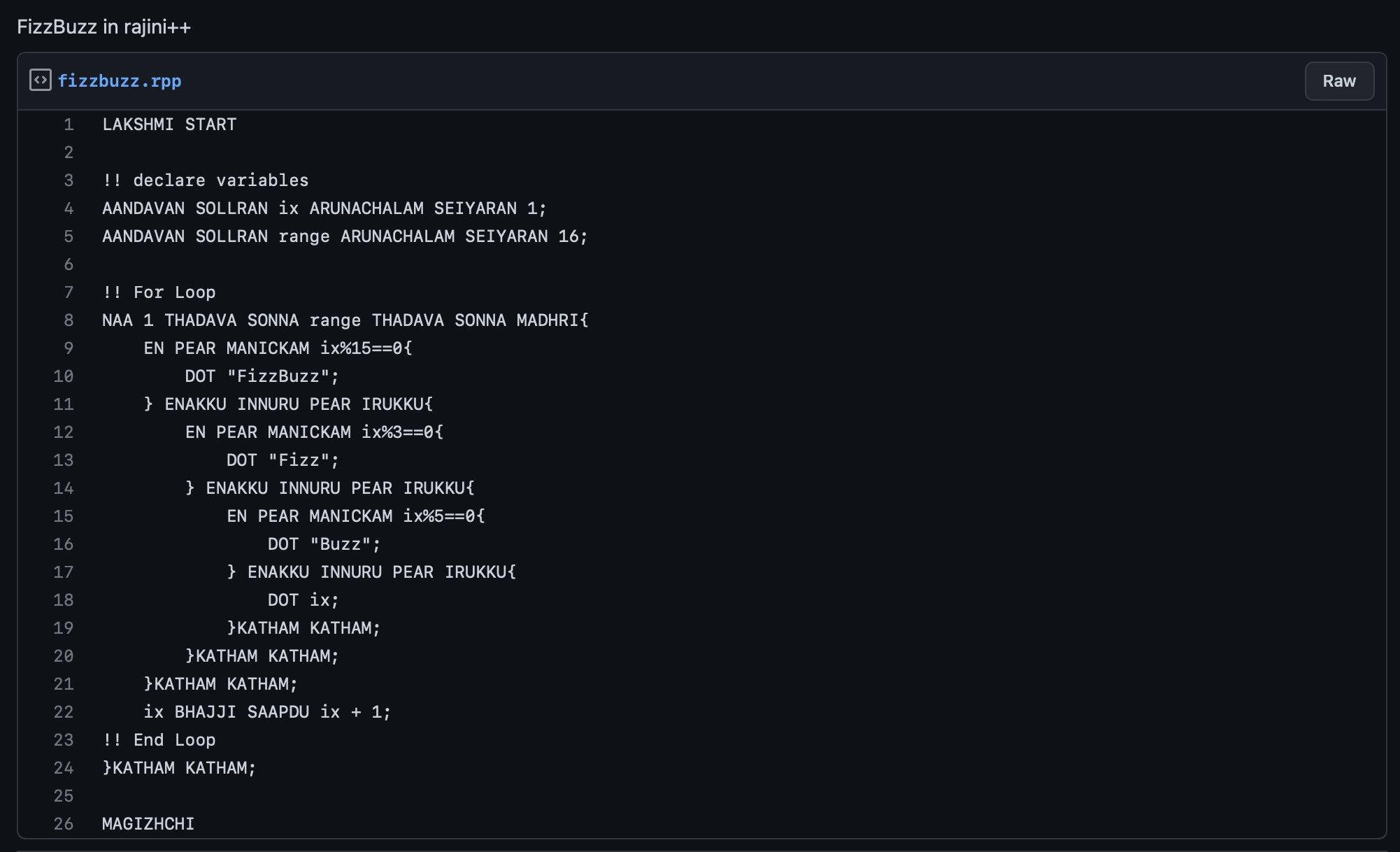