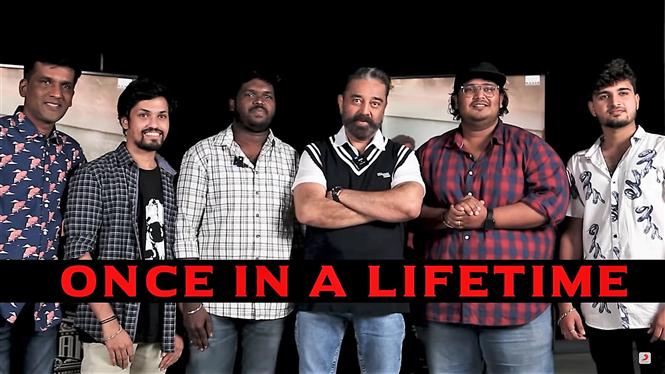 Sony Music South, the official audio label of Kamal Haasan's upcoming movie Vikram has unveiled a new promotional video for the movie where in the Ulaganayagan is seen surprising a couple of die-hard fans of the actor. In a rare opportunity, fans got to meet their favourite star in person and also got to express their heart-felt thoughts about the actor to his face. The video has since been shared widely and can be viewed here:

Vikram directed by Lokesh Kanagaraj is a spiritual sequel to Kamal Haasan's 1986 movie of the same name. The film, touted to be an action thriller revolves around the search of the protagonist and also stars Vijay Sethupathi, Fahadh Faasil, Suriya (in a cameo) among others.

Anirudh has composed music for this movie which is expected to be censored U/A and comes with a runtime of 2 hours 53 minutes.