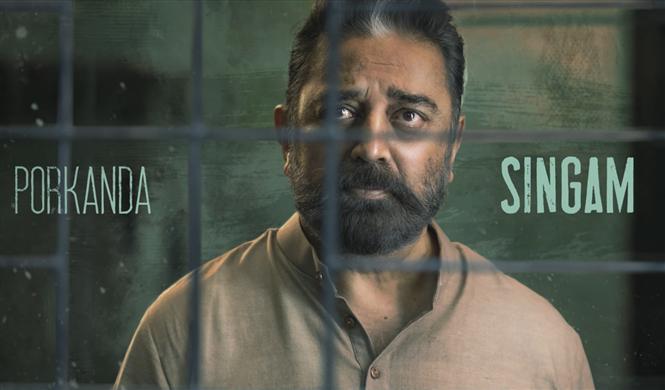 Sony Music South has unveiled the second lyric video from Kamal Haasan's upcoming movie Vikram which releases in theaters on June 3, 2022. After a cheerful Pathala Pathala, the soul-stirring Porkanda Singam is the song to get its own video, and it comes with glimpses of a mourning Kamal Haasan and the mysterious baby that hangs around with ear-muffs amidst all the guns and shootings in Vikram.

While the context of Porkanda Singam is clear that Kamal Haasan is mourning the death of a beloved while simultaneously taking care of the baby, it remains unclear if the kid is his son or grandson [presumably the latter].

Porkanda Singam is composed by Anirudh, has lyrics by Vishnu Edavan and vocals by Ravi G. The full Vikram album is available to stream on all music platforms.