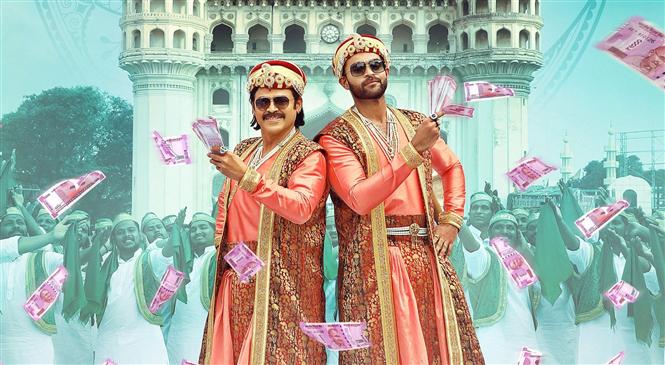 F3 is an upcoming Telugu comedy entertainer starring Venkatesh, Varun Tej in the lead and it releases in theaters worldwide on May 27, 2022. Prime Media which is presenting this film in USA has announced that the movie will be releasing in 350+ theaters. Complete US theater list of F3 movie can be seen here: 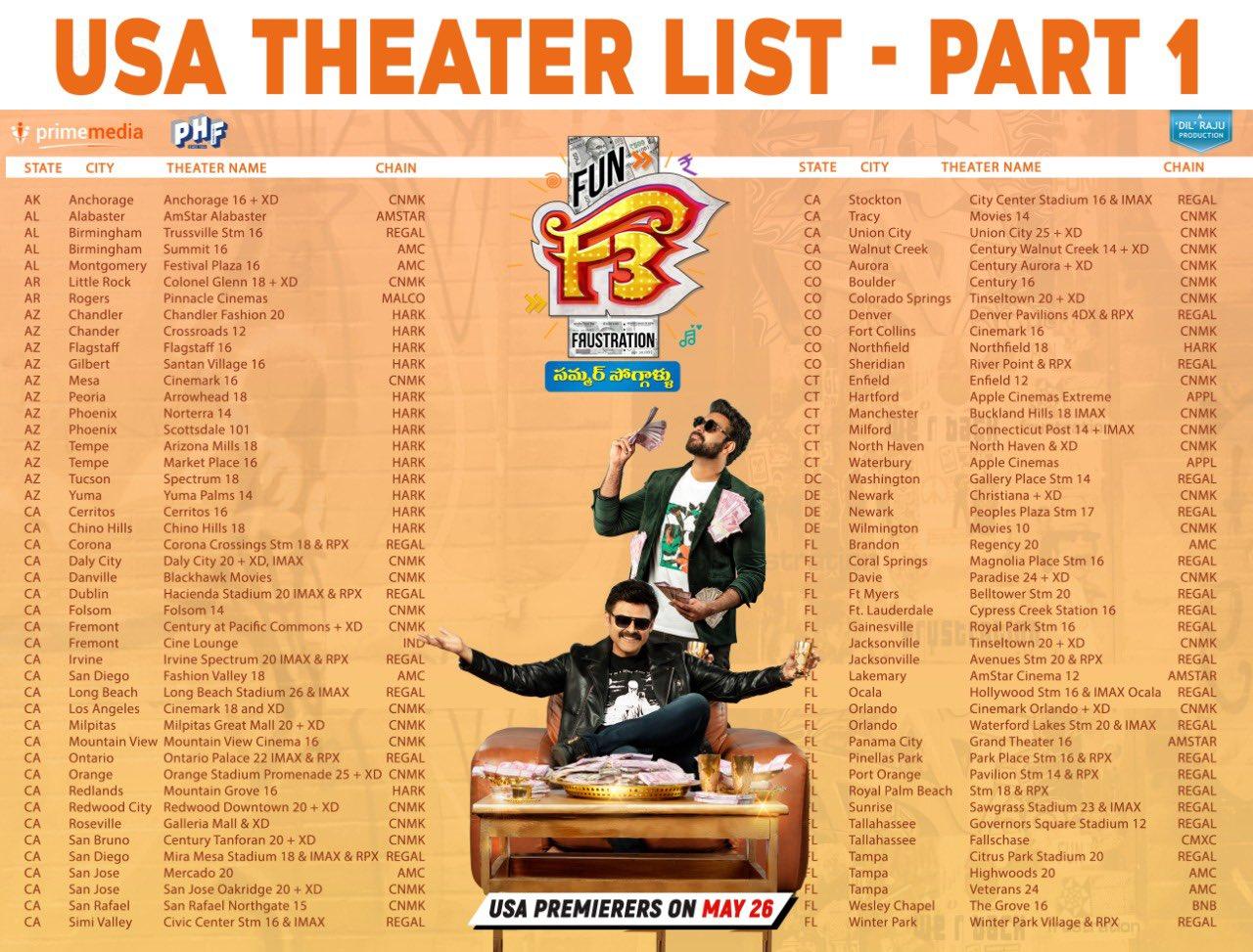 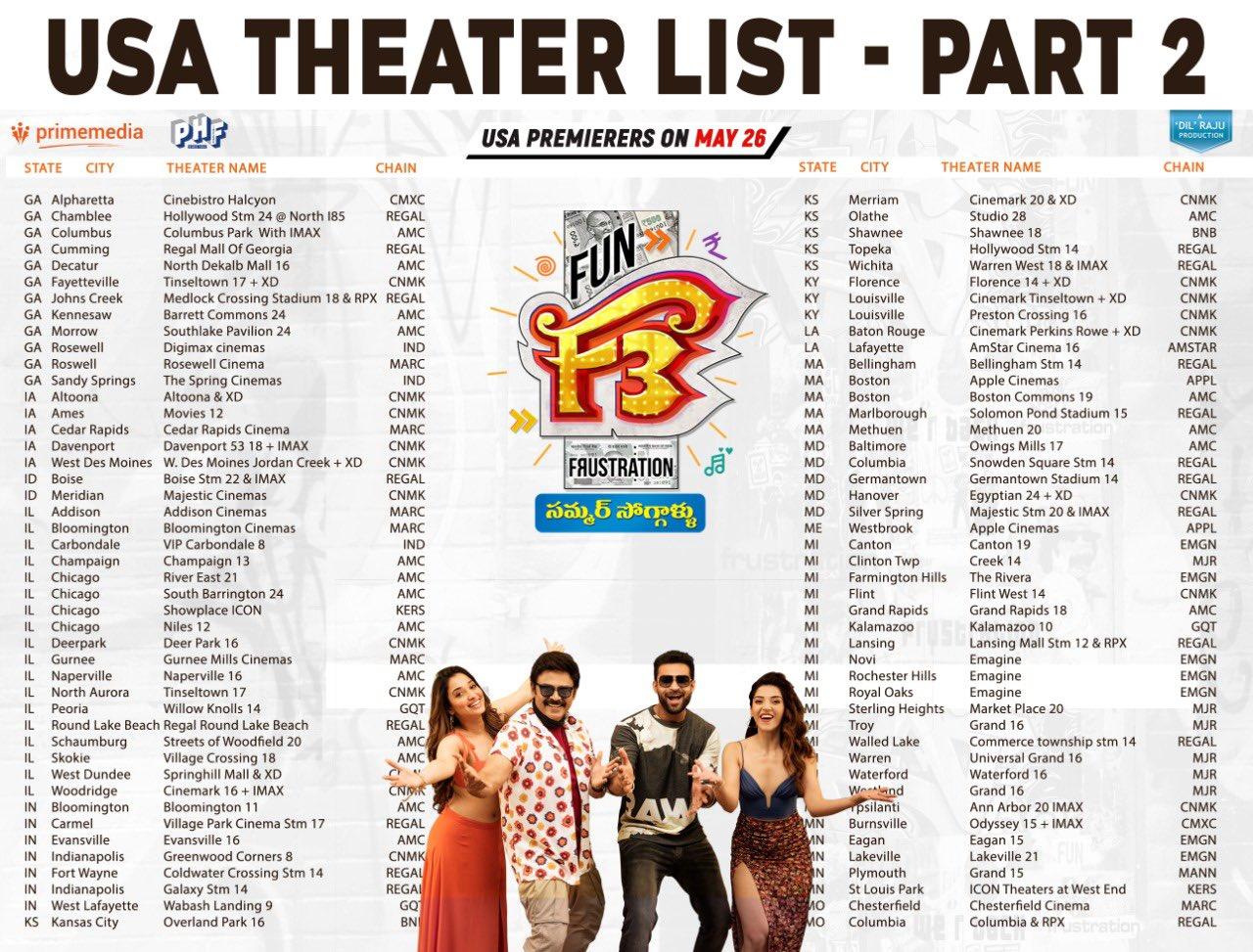 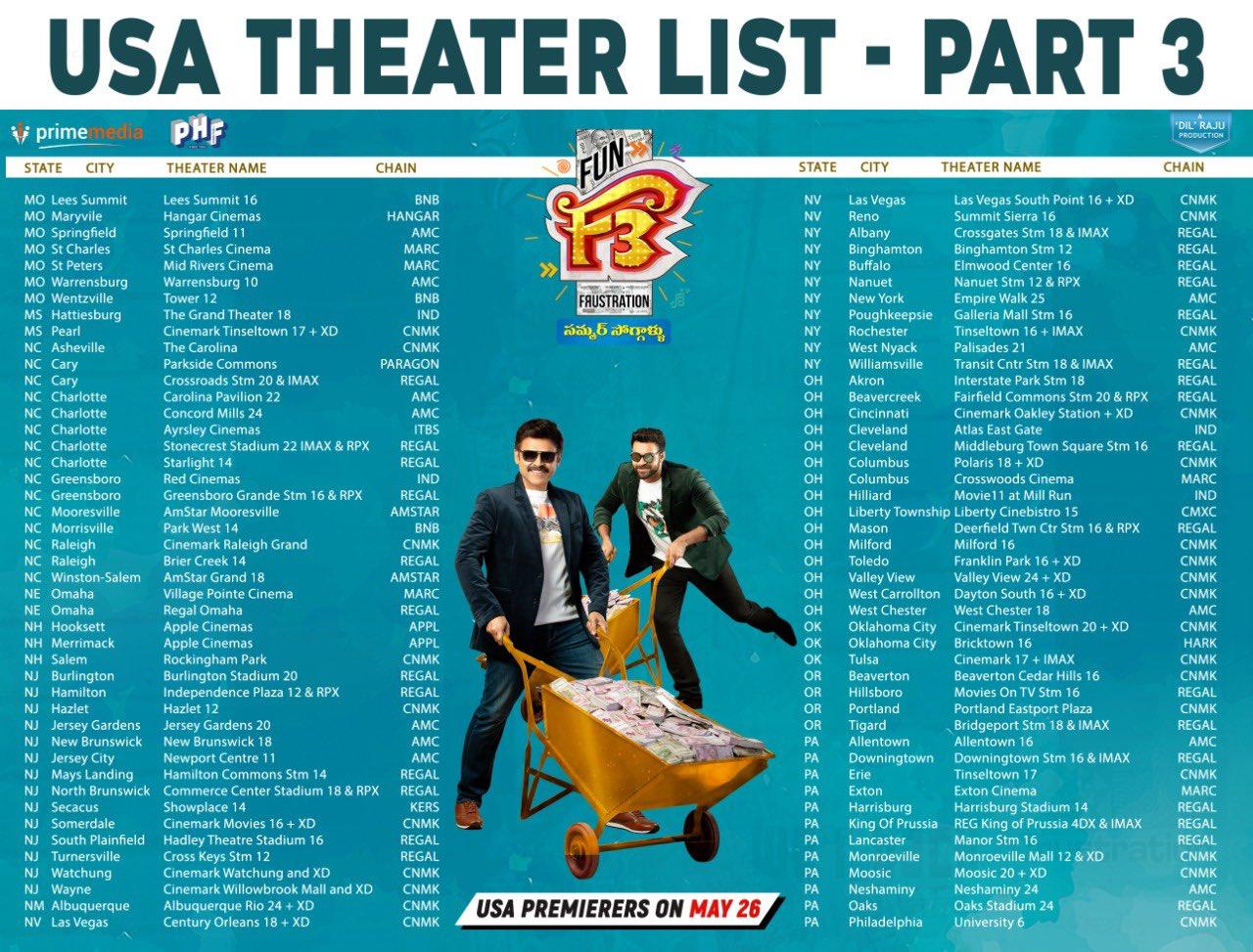 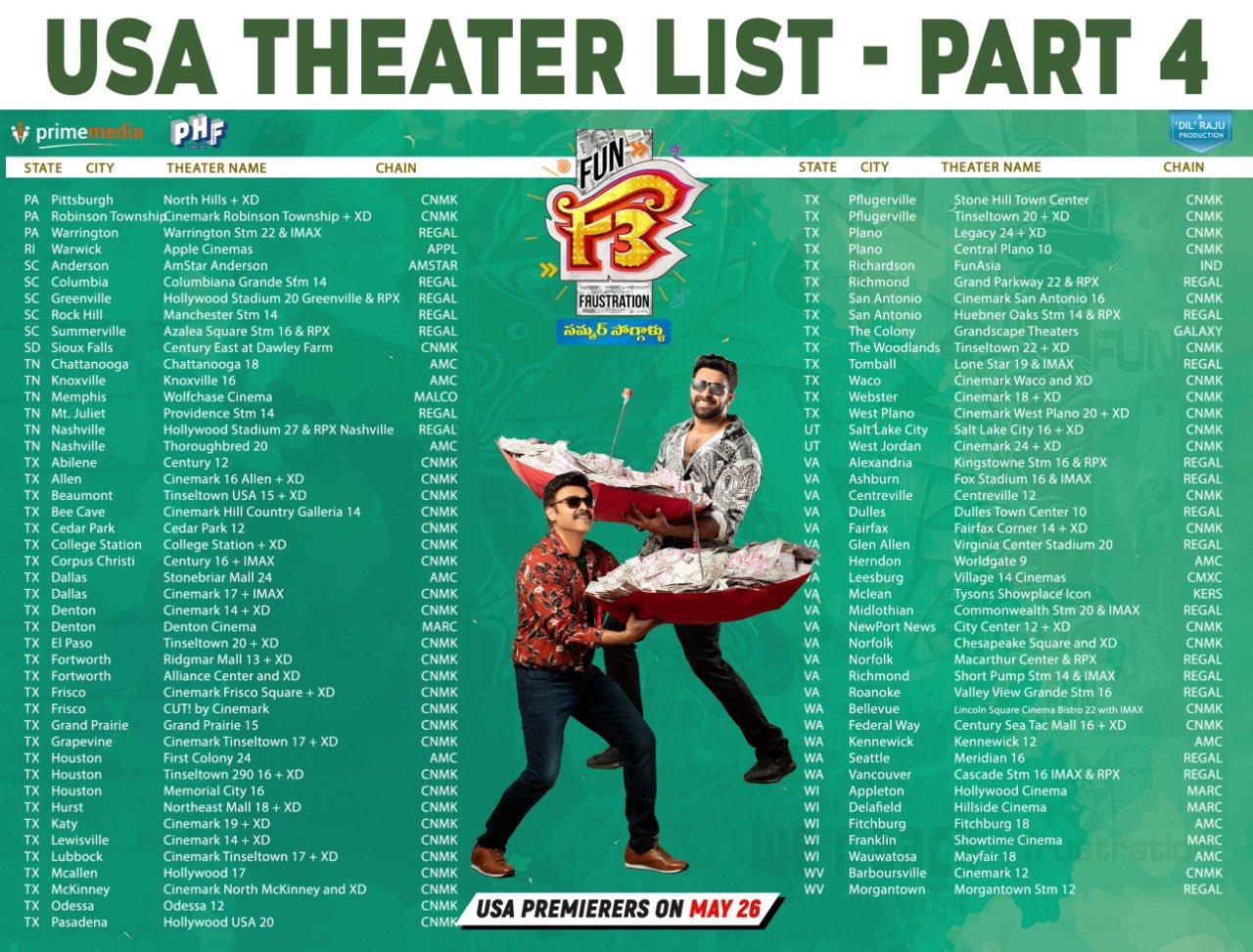 F3: Fun and Frustration is a spiritual sequel to to the 2019 comedy hit F2 and Anil Ravipudi returns as director of the film. Tamannaah and Mehreen Pirzada play female leads and Sri Venkateswara Creations is the production company that has backed this movie. 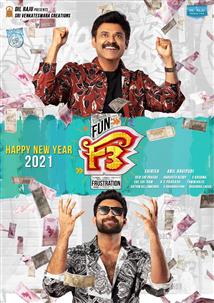